2019 State of Global PKI Security and Management – An AppViewX Survey 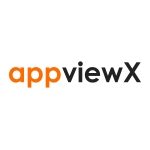 Posted at 14:58h in by fiberguide 0 Comments

NEW YORK–(BUSINESS WIRE)–AppViewX, the leading provider of enterprise-grade certificate management solutions, today announced the results of a survey conducted at the Black Hat conference in Las Vegas. The survey focused on the state of businesses’ cyber security mechanisms, more specifically, their PKI and certificate infrastructures.

The results revealed that, while most enterprises demonstrate a committed effort towards maintaining a well-rounded PKI setup, they still fall short in several key categories. The post-survey report generated by AppViewX indicated that the primary reason for these shortfalls resided in the fact that most certificate- and PKI-processes were bound by silos, manual workflows, and a lack of synergy between systems. For instance, nearly 50% of the respondents admitted to still relying on passwords to safeguard private keys.

Some key findings include:

· Over 30% of the organizations surveyed relied on spreadsheets to manage their certificates.

· 65% of the respondents’ organizations had been hit by 5-10 certificate-related outages in the past year.

Also included in the report is a set of certificate management best practices, which are geared towards assisting businesses with reinforcing their PKI on the certificate front. The need for a structured, documented, and automated process is stressed upon, which emphasizes the trend of businesses increasingly adopting automation in every aspect of their operation. According to the survey, several professionals predict the rise of cutting-edge technology in the cloud and IoT domains that will leverage x.509 certificates in the future, driving home the fact that full-cycle certificate management is truly the need of the hour.

The survey was conducted by AppViewX at the Black Hat cyber security conference at Las Vegas, USA. 412 IT security professionals from various verticals participated in the survey.

Download the full copy of the free report here: