6G could be the world’s first teleportation tech | Light Reading

Meetings conducted via holographic images and virtual reality will never substitute for the business lunch. That shared experience of munching tapas or quaffing Rioja has been an essential lubricant for many a deal. But what if future virtual reality systems allowed their users to taste, touch and smell as well as to see and hear? Seated in their New York or London homes, executives could effectively teleport themselves to Barcelona’s gothic district for the full gastronomic accompaniment to their deal-making banter.

As far-fetched as this might all sound, it is the vision of several academics at the UK’s University of Surrey. Professors Rahim Tafazolli, David Hendon and Ian Corden volunteer it as an example of how a future 6G standard could be far more revolutionary than its predecessors. “We are turning the science fiction of teleportation into science fact,” Tafazolli told Light Reading in a bold pitch.

Just a year or two after the launch of commercial 5G networks, 6G remains an undefined work in progress. If it follows the same pattern established by its immediate forebears, it will be faster than 5G, promising many gigabits or even terabits per second, and come with reduced “latency,” the time it takes any signal to make a roundtrip on the data network. Despite all the talk about self-driving cars and an Internet of Things, bigger headline figures are what mainly differentiates 5G from 4G. 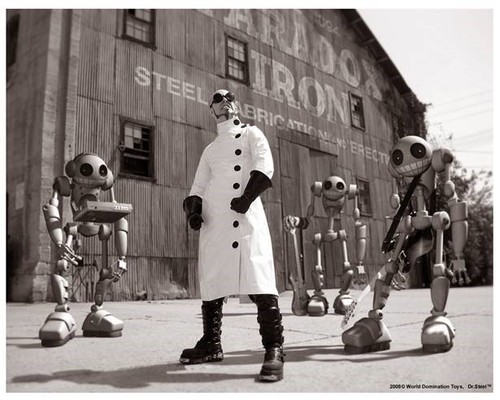 Show me the money

Tafazolli and his colleagues are determined to break this pattern. In their view, the setting of hard targets for connectivity speed has brought little payoff for operators while lumbering them with multi-billion-dollar bills for the rollout of more advanced networks. By simply cranking up the bitrate or cutting latency, each successive generation looks even less like a breakthrough and more like a mere evolution of mobile technology.

“They give users something to play with, but they don’t really generate more money,” said Hendon. “We are trying to do things in a completely different way.” A businessman who does not have to fly around the world to wine and dine his clients might be willing to spend quite a bit more on his mobile service, he said.

While the idea of virtual teleportation is an obvious attention grabber, there is much more to the vision. In a white paper published last year, the University of Surrey recognized that without progress in areas such as time synchronization, slashing latency to a level inconceivable on even the most sophisticated 5G network, virtual reality will continue to have limits. That same paper notes the importance of foundational technologies, including massive MIMO (for more advanced antennas), more intelligent core networks and even open RAN, an in-vogue radio system designed to improve interoperability between vendors. Many of them figure in today’s early 5G networks.

Indeed, Tafazolli’s reference to a “network of networks” is reminiscent of language used to describe older technology ecosystems. He envisages a mixture of short range, wide area and satellite networks as the basis for 6G, implying it will build heavily on existing infrastructure. Averse to setting hard targets from the outset, Tafazolli acknowledges that certain performance levels, based on traditional measures, might eventually be needed for service guarantees.

At this early stage, the glaring omission is any firm detail on some of the unfamiliar technical challenges. A virtual reality system that can stimulate a user’s taste buds, or make her feel the icy touch of a winter morning, currently sounds more like a scene from Strange Days, a 1995 movie depicting a dystopian future (see below), than a 6G possibility. Several of the features cited by Tafazolli, including new materials and “electronic skin,” seem to fall outside the immediate scope of telecom. “Cross-sector research with other scientific disciplines is going to be very important,” said Corden.

But this is not blue-sky thinking for its own sake, insist he and his colleagues. The University of Surrey, notably, has been at the forefront of UK-based academic research into 5G and could be highly influential in the country’s planning for a post-Huawei, 6G future. Tafazolli, of interest, is one of eight members of the UK’s recently established telecom taskforce, charged with identifying new product suppliers and diversifying the equipment market. In that group, he works alongside key individuals such as Clive Selley, the CEO of BT’s Openreach business, and Scott Petty, the chief technology officer of Vodafone UK.

“This is not just a university having a bright idea,” said Hendon. “Vodafone and BT and Telefnica have all signed up to this they understand it as well as we do, and we are responding to what they say.” Putting the operators’ commercial interests and pressing need for a growth story ahead of the technology considerations could help this particular initiative to stand out.

The Internet of senses

Even so, skeptics may doubt an academic institution’s ability to set the course for a future global standard. The balkanization of the telecom industry into rival geopolitical camps (a risk, however small) might not help, especially if it convinces the US of the need to play a pivotal role in the development of 6G outside China. Some ten years before it is likely to be launched, 6G seems to gain a new association or project every few weeks. The latest is Hexa-X, a European Union-backed effort to shape 6G standards. Involving both Ericsson and Nokia, the region’s 5G powerbrokers, it kicked off work this month.

Yet Tafazolli, who first spoke about his teleportation-of-the-senses concept at a conference in 2015, already appears to have had some impact on industry ideas about 6G. In a paper released in October 2020, Ericsson coined the “Internet of senses” as an expression for technologies that allow “touch, taste, smell and the feeling of heat or cold” to be digitally communicated. Magnus Frodich, Ericsson’s chief researcher, last year promised that 6G would support a “full sense experience” replete with sights, sounds and haptics.

“We are all in agreement that this is transformative and something 5G cannot do,” said Tafazolli. The thought of entering a virtual world that provides a full sensory experience will terrify some (airlines and restaurateurs included), excite others and seem as improbable to many as a vacation on Mars. If 6G were even to come close, few would be calling it yet another disappointing G.