Posted at 03:32h in by fiberguide 0 Comments

5G is rolling out faster than any previous generation of wireless technology. Omdia research shows 5G subscriptions quadrupled in 1Q20 to over 64 million globally and are on course to reach 10 billion by the end of 2024. That is 4x the rate of adoption, in terms of subscribers, of 4G.

As 5G implementations accelerate, they pull with them billions of new connected devices, petabytes of additional network traffic and millions of new 5G base stations. There are currently about 70 million base station locations globally.

The question of scale

How do carriers plan for this rapid expansion in base stations? How do they keep costs down (opex and capex), keep power draw to a minimum, deploy zero-touch solutions in lights-out data centers and reduce the hardware SKUs and configurations? As a first step, the carriers are virtualizing everything. They are starting with the 4G core and moving out to the radio access network almost 80% of which, according to Omdia surveys, will be virtualized by the end of 2024. 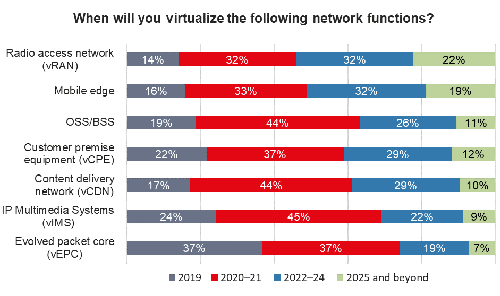 Carriers are still left grappling with the question, however, of how to deploy a highly distributed edge that may number in the hundreds of thousands of locations, or more. This distributed edge must be affordable and must maintain the flexibility and agility of a virtualized, cloud-native implementation. Edge compute locations also must be able to support the applications around which 5G was designed: enhanced mobile broadband (eMBB), massive machine-to-machine communications (mMTC) and ultra-reliable low latency communications (URLLC). While 5G implementations have focused initially on eMBB, there is rapid growth in network demand for all three application types. 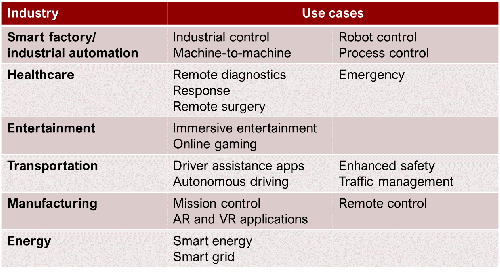 The ability to support URLLC applications along with eMBB and mMTC is at odds with an edge platform that is low cost, industry standard and commercial off-the-shelf (COTS). As a result, carriers are augmenting their COTS-based, software-only solutions with field-programmable gate arrays (FPGAs) optimized for networking and security functions. These bespoke platforms utilize (FPGA) technologies for higher agility, flexibility and scalability. They complement software-only solutions with increased performance and lower latency while freeing up limited and costly CPU cores.

In order to meet the performance goals of virtual network functions (VNFs), carriers have realized that data plane acceleration most likely via an FPGA-based SmartNIC is required. FPGA-based acceleration solutions are enabling operators to achieve higher speeds and lower latencies while lowering power consumption and server-based capex by reducing the number of CPU cores needed.

Some network tasks are well-suited to running in software on x86-based CPUs. Other tasks monopolize the general-purpose processors and, in the process, waste capex, footprint and power. Workloads that benefit from acceleration and offload, particularly at the edge of the network, are networking- and security-related tasks such as switching, routing, action handling, flow management, load balancing and cryptography. Example workloads include Open vSwitch (OVS), 5G/user plane function (UPF), segment routing header (SRH), key-value store (KVS) and overlay network tunneling protocols such as VXLAN and network virtualization using generic routing encapsulation (NVGRE).

The intersection of performance, cost and standardization

The days of task-specific network hardware appliances in carrier networks are numbered. However, plain old COTS servers, like plain old telephone service (POTS), are equally endangered. Leveraging COTS servers with FPGAs is providing carriers with the industry-standard platforms they want and the high performance they must have.

For more information, check out the following webinar: www.lightreading.com/webinar.asp?webinar_id=1676.

This blog is sponsored by HCL.