UK rules about using Huawei in the 5G network could not be more explicit. After the commiserations of a New Year’s Eve spent in lockdown, operators were banned from buying the Chinese vendor’s products. Two years from now, Huawei must be limited to just 35% of the network. And by 2028, its eviction must be complete.

There is far less certainty for Openreach, the division of BT that builds and operates most of the UK’s fixed-line infrastructure. As in 5G, it will have to comply with a 35% cap on the use of Huawei in its fiber-to-the-premises (FTTP) deployment. What happens next is still anyone’s guess. “We are in consultation with the government at the moment on what the future holds,” says Peter Bell, Openreach’s chief technology officer. 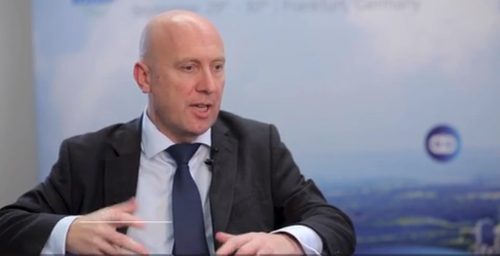 Openreach’s Peter Bell says Adtran could be a major provider of his FTTP systems.

But unless there is a complete (and highly improbable) U-turn, Huawei’s role will be constrained. And that explains why Bell and his team began scouring the market for alternative suppliers even before the government had published its 35% rules. Openreach had already selected Nokia, the only big non-Chinese vendor of broadband access equipment, as a second FTTP supplier. In April 2020, it chose Adtran as a third.

The extent of Adtran’s future involvement depends partly on the government’s decisions about Huawei. What’s clear is that authorities are extremely worried about the consequences of banning Huawei. In a blog published last July, Ian Levy, the technical director of the National Cyber Security Council, said “there is only one other scale vendor in this sector” a clear reference to Nokia. “As we’ve said before, over-reliance on any vendor is bad from a security and resiliency point of view,” he wrote.

It is an awkward one for Openreach. It has already extended FTTP to about 4.1 million properties and while it has not provided a vendor breakdown it seems more heavily reliant on Huawei than Nokia at this stage. Stripping out Chinese products would mean incurring additional cost. It could also hinder the rollout and drive customers to other service providers.

Yet Bell hardly wants to send out the message that Adtran cannot cope. Even if Openreach is given permission to keep using Huawei, it hopes (if regulators play ball) to extend FTTP to as many as 20 million properties by the mid-2020s. With a 35% cap, Huawei would be restricted to 7 million at most. Nokia and Adtran would split the majority. “There is a big chunk of pie for Adtran to go after,” says Bell. “We want them to be a big part of the multivendor environment.”

The question is whether Adtran can ramp up and meet Openreach’s production, delivery and support schedule. Omdia, a sister company to Light Reading, puts Adtran’s share of the market for broadband access equipment at just 3% in the third quarter of 2020. Yet to publish results for 2020, it managed total sales of just $530 million in 2019, as opposed to the 1.9 billion ($2.3 billion) that Nokia recorded from fixed access alone. Adtran finished that year with 1,790 full-time employees. Across all parts of its business, Nokia had about 98,000.

But Ronan Kelly, Adtran’s chief technology officer outside the Americas, makes a convincing case for his business as a highly competitive challenger. Perhaps the best proof point comes from Germany, where Deutsche Telekom, Europe’s biggest operator, already relies entirely on Adtran and Nokia for broadband access, according to a spokesperson for the telco. “Today, Adtran connects over 35% of German households to the Internet,” says Kelly.

Adtran’s products also appear to give Openreach some options it did not previously have. They take advantage of software-defined networking (SDN) technology so that the optical line terminal (OLT) systems can be deployed in various ways. That means the software can run on local boxes, as it would in a traditional OLT, or in the cloud, “where the cost per compute cycle is lower from a power consumption point of view,” explains Kelly.

While Bell says he is sticking with a traditional deployment “at this point in time,” he clearly appreciates the flexibility. “We are very interested in what SDN can do for us,” he says. In the short term, Adtran’s disaggregated systems will make it easier to “size and scale” the network, using smaller headends in rural areas and larger ones in cities, he believes.

Another shoutout goes to Adtran’s Mosaic-branded automation platform. “We are passing a home every 15 seconds and that automation allows us to go even faster,” says Bell. “You need to have an automated solution for build, for provision and for repair.”

After months of security checks and work on systems integration, Openreach today announced that Adtran’s technology is now being used to support commercial services and delivering a 330Mbit/s connection. For Adtran, there is obviously a huge amount to play for in the Openreach network. And whether or not Huawei survives, Adtran’s UK footprint seems about to grow a lot bigger.