Google’s Monday outage lasted just 45 minutes, barely enough time for online chitchat about a Chinese cyberattack to circulate. But for some people the planet might as well have been hit by a solar flare.

Email systems used by millions were inaccessible, Google Docs was sealed off and even YouTube’s exabytes of video narcissism simply disappeared. Housebound workers brewed coffee as they pondered life after the public cloud a return to ox-driven plows and slate-based records, perhaps.

The economic cost of this 45-minute outage is likely to matter. A temporary Internet shutdown reportedly costs the British economy about $141 million a day. This was not so bad, and yet an Internet without Google is a shuttered office block for those reliant on its suite of digital services. Extrapolate this globally millions temporarily barred from entering the workplace and the damage becomes clear.

Thankfully, Google’s engineers had the systems back up while the coffee was still warm. But imagine if the outage had lasted several hours, or a day? That alone should make companies stop and think before they park their IT systems in the public cloud. And yet there is little sign of caution. Wary executives are pilloried as dim-witted Luddites. Organizations laud tie-ups with public cloud providers as if they are no-risk deals. 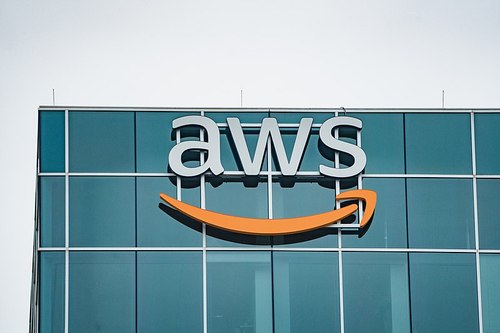 Telecom firms are buying in. Giffgaff, a UK mobile virtual network operator owned by Spain’s Telefnica, yesterday became an AWS tenant in worrisome news for the IT employees who currently manage Giffgaff’s systems. Germany’s Deutsche Telekom announced a similar relationship with Microsoft Azure last week. Both those deals came after Nokia, a Finnish maker of telecom equipment, picked Google as its public cloud partner in November.

Evangelists preach about efficiency. Running IT systems from the public cloud is much cheaper than maintaining on-premises or private cloud equipment and staff. Three, the smallest of the UK’s four mobile network operators, last year said it would cut IT expenses by a third, and jobs by 15%, thanks to its own arrangements with Microsoft Azure. Squeezed service providers see a way to juice profits.

In principle, there is nothing wrong with the public cloud. Complaining about any use of it would be ludicrous when the Internet underpins so much economic activity. The problem is that so few companies qualify as public cloud providers. Ignore the Chinese, and the only genuine “hyperscale” firms are AWS, Google Cloud and Microsoft Azure. Their collective muscle makes it virtually impossible for anyone else to compete. And that means companies are dependent on just three US giants for some of their most critical systems.

An individual company might not recognize the danger. An operator’s private cloud is hardly shielded from the technical problems that could befall Google. In fact, that operator might feel it can minimize risk by turning responsibility over to a public cloud provider with a small army of IT experts, including some of the smartest minds on the planet. But if Deutsche Telekom suffers an outage, only Deutsche Telekom is affected. If Google goes down as Monday showed the disruption could be felt by millions of people across different organizations, industry sectors and countries.

Right now, a serious problem that resulted from something like a Chinese government cyberattack would be manageable. Andy Jassy, the CEO of AWS, reckons only 4% of global IT spending currently goes toward cloud computing. But a big shift is underway, aided by the pandemic. While AWS took more than ten years to record $10 billion in revenues, it hit the $20 billion milestone in just 23 months. About two years later, it reached $40 billion. Analysts at MKM Partners say it could arrive at the $50 billion mark in less than a year.

“While we don’t think that traditional data centers will disappear over the next ten years, Jassy expects that ‘the vast majority’ of companies will eventually unplug their data centers as they migrate more of their IT workloads to the cloud,” said Rohit Kulkarni, an analyst at MKM Partners, in a research note this week.

The curious thing is that telecom operators have voiced few concerns about the public cloud even as they deplore their reliance on a similar oligopoly of network equipment makers. Enthusiasm for open RAN, a ballyhooed and unproven technology, rose sharply once service providers realized that a US campaign against Huawei, the biggest equipment supplier, would leave them dependent on a Nordic duopoly comprising Ericsson and Nokia.

Operators perceive those suppliers as very different from AWS, Google and Microsoft. While the Internet giants bring the promise of lower costs with minimal risk, the equipment makers are crudely depicted as jailers that keep service providers in a perpetual state of “lock-in.” Consolidation has gone too far, says the typical telco. Yet in 2015, before Huawei’s clash with US authorities, not a single operator raised objections with the European Commission when Nokia announced its takeover of Alcatel-Lucent.

Unfortunately, an open RAN equivalent for the cloud seems improbable if operators sour on AWS, Google and Microsoft in future. James Crawshaw, a principal analyst with Omdia, reckons the most sensible approach is to split contracts between public cloud providers, and keep something in the private cloud. The risk is that efficiency-pursuing operators, desperate to placate investors, show no such restraint. If Jassy is right about the wholesale unplugging of data centers, a future outage that affects the business world could be a moment of economic crisis.