Amazon, Ericsson and Facebook pull out of Mobile World Congress over coronavirus fears 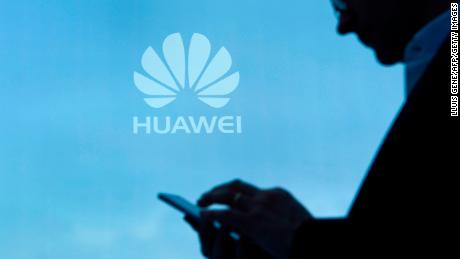 Amazon (AMZN), Ericsson (ERIC), Facebook, (FB) Sony (SNE), Intel (INTC), Cisco (CSCO), LG (LPL) and other tech companies are withdrawing from this year’s Mobile World Congress because of the risk that attendees could catch the coronavirus that originated in the Chinese city of Wuhan.The event, scheduled to take place in Barcelona from February 24-27, is one of the tech industry’s most important annual gatherings. It typically draws more than 100,000 attendees and over 2,400 companies, including the sector’s biggest players who use it to launch new products and showcase their latest innovations. But this year it will be missing some of its headline exhibitors including Amazon, one of the world’s handful of $1 trillion companies, in yet another example of the impact that the coronavirus outbreak is having on businesses globally. “Due to the outbreak and continued concerns about novel coronavirus, Amazon will withdraw from exhibiting and participating in Mobile World Congress 2020,” the company said in a statement. Amazon’s cloud computing arm, Amazon Web Services, was due to host a dozen sessions covering topics such as 5G connectivity and artificial intelligence. A Facebook spokesperson said that “out of an abundance of caution” its employees will not attend the event “due to the evolving public health risks related to coronavirus.” The summit will go ahead as planned, event organizer and mobile operator lobbying group GSMA said in a statement on Sunday, but it will be restricting access for visitors from China. Despite the withdrawal of “some large exhibitors … we remain more than 2,800 exhibitors strong,” it said. The association said it would carry out temperature screening and increased cleaning of “high-volume touchpoints,” such as catering areas, bathrooms, speaker microphones, handrails and public touch screens. It said it would double medical support at the venue and won’t admit anyone who has been in China during the two weeks prior to the event.About 5,000 to 6,000 people typically attend from China, GSMA said. The coronavirus outbreak has already led to a number of sporting events in Asia being canceled, postponed or relocated. Art Basel Hong Kong, scheduled for mid March, has also been canceled. Huawei and 5GThis year’s Mobile World Congress comes as countries in Europe and elsewhere prepare to roll out 5G wireless technology amid an intense debate over the role that China’s Huawei should play in building the super-fast networks.The United States has been pressuring allies to drop Huawei as a supplier over national security concerns; Huawei denies that its products pose a risk. A spokesperson for Huawei confirmed that the company will attend the conference as planned.Ericsson is one of Huawei’s few global rivals in 5G. It will be giving up an important opportunity to promote its products in Barcelona.Paul Triolo, global technology policy director at Eurasia Group, said Ericsson’s decision to pull out was a “major blow to the event.””The interesting thing will be to watch what type of forum the US delegation is given by GSMA, who last year relegated the US to a minor location where their message was only heard by a handful of reporters,” Triolo told CNN Business. Ericsson said it appreciated that GSMA had done everything it could to control the risk of infection. “However, as one of the largest exhibitors, Ericsson has thousands of visitors in its hall each day and even if the risk is low, the company cannot guarantee the health and safety of its employees and visitors,” the company said.It said it will host events in its customers’ home markets to showcase the demos and content that it created for Mobile World Congress.Sony said its press conference will now take place on YouTube.US chipmakers Intel and Nvidia (NVDA) have also pulled out of this year’s event, citing the need to prioritize the safety and wellbeing of employees and partners in light of the coronavirus outbreak.”We are grateful to the GSMA for their understanding and look forward to attending and supporting future Mobile World Congress events,” Intel said in a statement.Nvidia, which makes high-end graphics chips for PC video games, self-driving cars and supercomputers, said in a blog post that “we regret not attending, but believe this is the right decision.”Other companies skipping Mobile World Congress on coronavirus worries include Cisco, networking systems firm Ciena (CIEN), software provider Amdocs (DOX) and South Korean electronics giant LG.— Chris Liakos contributed reporting.