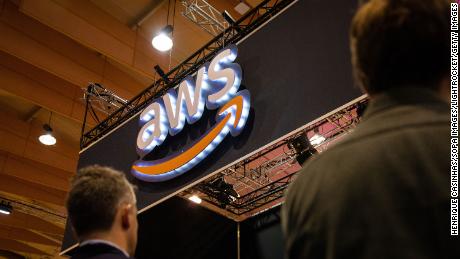 The document also seeks permission to depose former Defense Secretary James Mattis and what he may have known about Trump’s attitude toward the contract, known as the Joint Enterprise Defense Infrastructure.The decision on the motion to depose is expected in the coming weeks.It is incredibly rare, if not unprecedented, for a sitting US president to be deposed in a contract protest. In a footnote of the court filing, Amazon notes that “a deposition of a sitting President of the United States presents unique circumstances.”Amazon (AMZN) argues in the document that the Pentagon’s explanation for awarding the contract to Microsoft left out “crucial information and details that led to this flawed and potentially detrimental decision regarding DoD’s future cloud infrastructure.”In a statement, Amazon said: “President Trump has repeatedly demonstrated his willingness to use his position as President and Commander in Chief to interfere with government functions — including federal procurements — to advance his personal agenda. The preservation of public confidence in the nation’s procurement process requires discovery and supplementation of the administrative record, particularly in light of President Trump’s order to ‘screw Amazon.’ The question is whether the President of the United States should be allowed to use the budget of the DoD to pursue his own personal and political ends.”Amazon accused Trump of launching “repeated public and behind-the-scenes attacks” against the company in a formal protest unsealed at the US Court of Federal Claims in December. Last month, the company asked the court to block Microsoft from beginning work on the contract, which is valued at $10 billion over 10 years. The court has not decided whether to grant that request.