Cheriton replaces former CEO Mansour Karam, who remains “actively involved in the day to day operations of Apstra as co-founder, director and president,” according to a spokesperson, adding that Karam will continue to speak for the company.

The third co-founder, Sasha Ratkovic, continues active involvement as CTO, according to the spokesperson.

“There is no change in the company direction, strategy, or the business,” the spokesperson said.

Cheriton is the co-founder of Arista and an early investor in VMware and Google. He recently retired as a professor of computer sciences at Stanford University, where he pioneered SDN. His estimated net worth is $7.1 billion; he’s ranked #298 on Forbes’ billionaires list for 2019.

Karam has an impressive history of his own, as a veteran of Arista and multiple networking startups. 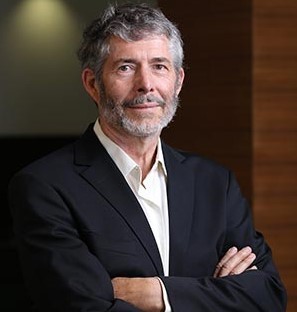 David Cheriton is taking the CEO reins at Apstra.

Learn more about how the cloud is transforming the service provider sector at Light Reading’s cloud content channel.

Since Apstra’s founding in 2014, multiple other vendors, including most notably Cisco and VMware, have made strategic commitments to intent-based networking, giving Apstra some heavyweight competition.

Apstra was named the winner of the prestigious Light Reading Leading Lights Award for Outstanding Communications Technology Vision in 2018. (And oh, by the way, nominations for this year’s Leading Lights awards are now open.)

So is the shake-up at the top a sign of trouble at Apstra? “No, the Apstra board and executives are as excited as ever with the company growth, performance and prospects,” says the spokesperson. “Apstra is involved in some critical strategic initiatives that require Mansour’s attention. At the same time, David has retired from teaching at Stanford, and has deepened his interest with the company and his excitement about its prospects.”

As for the split in responsibilities: “Engineering reports into David; and Mansour has run the business since Apstra was founded, and, in his role as president, continues to run critical business functions. He is also focused on strategic business initiatives that demand his attention. And he still is the main spokesperson for the company,” says the spokesperson (um, the other spokesperson, with whom we talked.)

On the Apstra website, Karam is still listed as CEO and founder and Cheriton as founder and chief scientist, and Karam lists himself as Apstra CEO on his LinkedIn page.