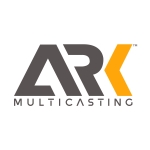 Posted at 03:46h in by fiberguide 0 Comments

ARK CEO, Vern Fotheringham said, “With Microsoft’s support, ARK believes that this pilot could be the start of standardizing the groundbreaking use of ATSC 3.0 and TV white space technology to bring broadband to rural America. We believe that every community deserves to be connected, whether large or small, and we’re taking the steps to close the connectivity gap through this work.”

The work will begin in Crockett, Texas, where the companies will trial a deployment of NEXTGEN TV, formerly known as ATSC 3.0 (Advanced Television Systems Committee) hybrid broadcast-broadband network to deliver high-quality programming by combining broadcast signals with home internet. This represents one of the first technology pilots to test co-existence of ATSC 3.0 and TV white spaces, which if successful, could unlock more white space spectrum and showcase new approaches to providing a broadband and broadcast solution for unserved communities across rural America.

Broadband connectivity has become critical for enhancing education, improving business efficiencies, and the lives of all citizens regardless of location. As Federal Communications Commission (FCC) Chairman Ajit Pai has acknowledged, “There’s a big and growing divide, a ‘digital divide,’ in this country between those who have high-quality internet access and those who don’t. Disproportionately, those living in rural America find themselves on the wrong side of that divide.” According to Microsoft’s usage data, more than 162 million people across the United States are not using the internet at broadband speeds.

“Solving the broadband gap will require new and creative approaches to efficiently and affordably deliver connectivity to Americans, particularly in rural areas,” said Shelley McKinley, Microsoft’s head of Technology and Corporate Responsibility. “This collaboration with ARK will test advanced solutions and it is our hope that the results can help remove existing barriers to spectrum and regulatory approvals to more quickly deliver access to broadband.”

The agreement is part of the Microsoft Airband Initiative, which aims to bring broadband access to at least 3 million Americans in unserved rural areas by July 2022. It will pair Microsoft Azure cloud services with ARK’s core NEXTGEN TV broadcast capabilities to shift high demand cloud content directly to the consumer edge. This shift will enable a more robust and less expensive “distributed cloud” for local internet service providers (ISP) across the country who are currently overburdened by on-demand Over-the-Top (OTT) video streaming services that are rapidly congesting the unicast ISP access networks.

ARK Multicasting is a broadcast company on the cutting edge of NEXTGEN TV throughout the USA. ARK is leveraging the power of television broadcasting to add an IP multicast extension to the current unicast Internet. ARK will reduce the cost per GB delivery of Over-the-Top (OTT) video content, software downloads and streamed IP media by two-three orders of magnitude compared to existing Internet service providers. Media content creators and distributors will benefit from ARK’s end-to-end direct delivery to the mobile and fixed devices of their audiences bypassing all of the existing gatekeepers.