Like any masterful bureaucrat, the European Union (EU) is an expert in the art of fudge and procrastination.

Only a supra-national tangle of government institutions could spend months deliberating the role of Chinese vendors in Europe’s 5G networks and still not have anything conclusive to say.

On Friday, the European Commission weighed in with its latest assessment of progress by different countries on implementing its so-called “toolbox,” supposedly a set of cybersecurity guidelines to help member states minimize the Huawei risk.

And yet the wider world is still trying to figure out if the EU will reluctantly take its lead from the rebellious UK, banning Huawei from the region’s 5G infrastructure. Most analysts think unilateral moves by France and Germany, the EU’s powerbrokers, will be more important than what emerges from Brussels. 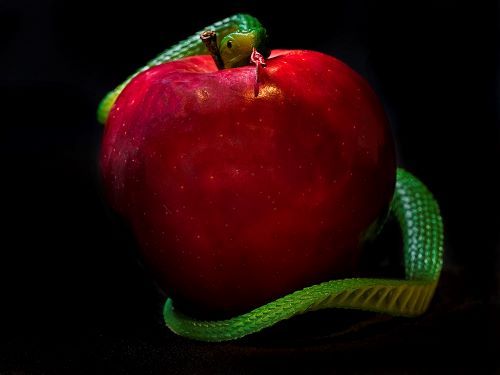 How the US thinks of Huawei.

The EC’s latest report is like parts of the Bible minus the scenes of naked fruitarians cavorting with legless reptiles: You can read into it what you want.

All that said, a few likelihoods are taking shape in the Kafkaesque corridors of EU power, and they may have cataclysmic consequences for service providers that were overly tempted by what Huawei had to offer. Judging by a recent Strand Consult report on telco exposure to the Chinese vendor, Vodafone looks especially sinful.

Europe’s authorities have apparently been persuaded to regard the “core” as the sensitive brain of any network, not to be supplied or interfered with by any “high-risk suppliers,” its euphemism for Huawei and ZTE.

While the UK’s National Cyber Security Center has specifically called out those companies in its own recent assessments, the EC cannot quite bring itself to name them, as if any mention could invoke the wrath of China.

Europe’s Huawei-reliant service providers have received the message, though: Vodafone is stripping Huawei out of all European core networks at an estimated cost of 200 million (US$235 million); Deutsche Telekom is also working toward a “Chinese-free core,” CEO Timotheus Httges said earlier this year.

The other likelihood is that Huawei’s non-core network business in Europe is about to be clobbered by restrictions of one kind or another. The most probable scenario is that its presence in other network domains is capped, a move the UK attempted in January before it plumped for a comprehensive ban several months later.

In the latest report, the clearest indication of this comes on page 7, where the EC, revisiting its toolbox recommendations, says operators should “limit any major dependency on a single supplier” and “ensure an adequate balance of suppliers at national level.”

Later on, it lauds one country for making sure “no single supplier represents more than 40% of [any] given market segment.”

Measures along those lines could hurt Nordic suppliers as well in countries where they are the dominant providers of infrastructure. But the overarching effect would be to punish the vendor with the highest market share regionally. And that company happens to be Huawei.

Vendor balancing means less Huawei
As perhaps the most Huawei-dependent operator in Europe, Vodafone is desperate to avoid a UK-like ban in other countries. It now seems to think it can ward off this ban through what CEO Nick Read describes as “vendor balancing.”

“If I go down to the radio, our stance is always that we want to have vendor diversity and so we operate with the three major vendors today Ericsson, Nokia and Huawei across Europe,” he told analysts during a call on Friday, as the EC published its report.

“We want more diversity and vendor balancing,” Read went on. “We want to ensure there is a degree of balancing because what European countries are really focused on is resilience of the network infrastructure and therefore not to rely on any one vendor.” 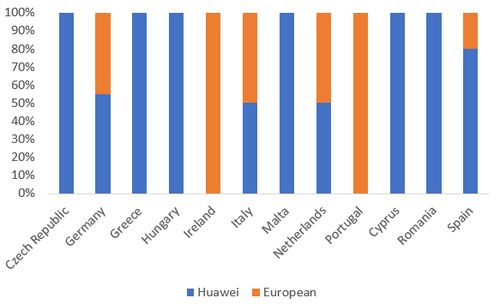 In six countries, including the Czech Republic, Greece, Hungary and Romania, Huawei accounts for the entirety of Vodafone’s RAN, states the report.

Whatever “vendor balancing” means in practice to either Vodafone or the European Commission, it surely cannot mean taking 100% of the RAN from a single supplier.

Read has essentially acknowledged that a swathe of Huawei’s infrastructure will have to be replaced, and investors may be worried about the cost: Vodafone’s share price was down 2% during mid-morning trading in London after falling 5% on Friday.

Vodafone has stoked concern by dramatically playing up the cost of a Huawei swap-out in the UK. A ban would cost “billions,” said Andrea Don, the head of networks for Vodafone UK, days before the UK government decided to ban the Chinese vendor anyway.

An important question is on timing. UK authorities have given operators until the end of 2027 to remove Huawei. France may reportedly do the same by refusing to renew Huawei’s equipment licenses as they expire in the next few years.

Regardless of a ban or restrictions, operators would need to replace equipment over such period. If they can largely depreciate those assets before shifting to a new vendor, cost and disruption could be minimized.

The next round of EU paper shuffling should eventually lead to the development of a European 5G certification process later this year, although no one can state with complete confidence what measures this will propose.

Read doubts Europe will copy the UK and kowtow to the US, which has leaned heavily on European governments to ban Huawei.

“My view is the UK decision was unique to the UK because of its geopolitical position, being a member of Five Eyes and [given] its relationship with US,” he said. “I do not see it as an automatic translation or simple translation across to Europe.”

Right now, Europe’s various governments are submitting details of their own plans to the EC. Inevitably delayed by coronavirus, that process is designed to inform the supra-national decisions that are eventually taken.

As political objections grow, the EC may discover Huawei has already been shackled or exterminated in the region’s most important markets by the time it has something to say.