Posted at 23:33h in by fiberguide 0 Comments

AT&T TV is getting ready for the big time.

In the wake of recent pilot launches in major markets such as New York City, the company’s new OTT-delivered pay-TV product will debut nationwide in February, Jeff McElfresh, CEO of AT&T Communications, said Thursday at the Barclays Global Technology, Media and Telecommunications Conference.

McElfresh referred to AT&T TV as a “capex-lite” product, as acquisition costs for it are anticipated to be about half of what they are for the legacy DirecTV satellite TV business.

“The… programming lineup is every bit as good and the user experience is future-leaning,” he said.

AT&T TV is being trialed in more than a dozen US markets. The OTT-delivered pay-TV service runs on a 4K-capable Android TV box and features a cloud DVR. AT&T TV currently offers a handful of service tiers (starting at $59.99 per month on up to almost $80 per month), allows for up to three concurrent streams and works on any broadband connection. AT&T is also expected to encourage those customers to bundle in HBO Max, a new premium SVoD service that will launch next May. 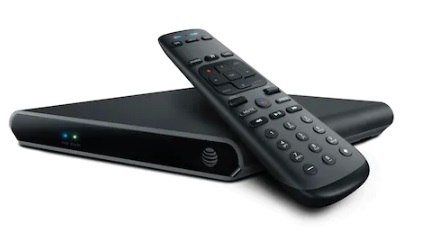 AT&T TV runs on a 4K-capable Android TV device that is integrated with Google Assistant, a voice remote and access to third-party apps.

The company also believes that the new product will help it cut its steep pay-TV subscriber declines — AT&T lost 1.3 million pay-TV subs in Q3 2019 alone. “2019 will be the peak year of subscriber losses on the legacy television platform,” McElfresh predicted.

While AT&T TV will be available on a standalone basis under that bring-your-own-broadband model (the company recommends 8Mbit/s for “optimal viewing”), AT&T clearly wants to bundle the service where it provides its own broadband service.

Fiber fixations
On that bundling side, AT&T also wants to use the new streaming pay-TV service as an incremental add-on to its fiber-powered broadband offering, which, the exec says, continues to have success in snapping up market share.

AT&T, he said, is driving towards a goal to have 50% broadband share over a three-year period in its fiber footprint. As a proof point, he said AT&T is approaching that penetration mark in areas where the company planted fiber back in 2016.

“Where we have fiber, we win. And we win handily,” McElfresh boasted.

AT&T appears to be beating itself in a sense. Back in June, industry analyst Craig Moffett found that a good chunk of new AT&T Fiber subs upgraded from the company’s older DSL or U-verse technologies rather than customers who defected from cable or another broadband competitor.

And while AT&T will look to 5G to support fixed wireless services in some areas, it clearly prefers the price/performance bland of its FTTP platform.

“If you look at the economics of providing broadband to neighborhoods and households, the economics prove that fiber to the home is the best play,” McElfresh said. “But as that [fixed wireless] technology evolves, we see an opportunity for all sorts of use cases with that 5G network.”