The deal has been brought together via the Telefnica Partners Program, part of Telefnica Tech, and Axiata is the first Asia-based business to join. 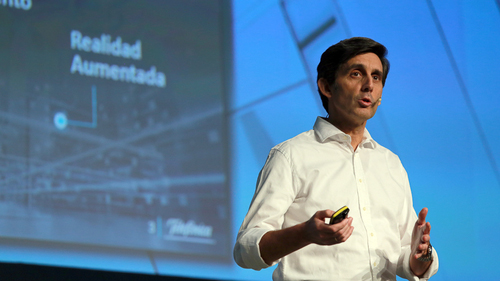 Axiata Enterprise is the B2B unit of telecommunications business Axiata Group Berhad which operates in ASEAN and South Asia, so the new strategic partnership agreement should open new markets to both companies.

Telefnica Tech launched in late 2019, part of a major restructure by the Spanish operator, aimed at finally cracking the cloud, big data, security and IoT markets.

The telco says a total of 65 markets are now covered across Europe, Latin America, the Middle East and Africa. Which means the deal should close a significant gap. Good news surely given the ambitious revenues Telefnica predicted for the group in 2019.

Cybersecurity is going to be a key focus initially, working with Telefnica Tech company ElevenPaths.

Moving on up
In 2019, a merger between Axiata and telecoms company Telenor fell through “due to some complexities in the proposed transaction.” The deal would have created the largest mobile operator in Asia.

News of the partnership comes on the same day Telefnica Tech added new services to help businesses understand new patterns of behavior in the wake of COVID-19.

It’s also been beefing up the partnership roster in recent months, bringing the likes of Erictel on board.

Telefnica is looking for some good news in February shares fell 5% after job cuts and other restructuring efforts failed to boost financials to the extent analysts had hoped for.