Another European mobile network has shown Huawei the door.

Proximus and Orange Belgium, which are building shared infrastructure in Europe’s political cockpit, have turned to the Nordic duo of Ericsson and Nokia for an overhaul that will leave their systems free of Chinese equipment by 2023.

While Belgium is only a small country, the deal marks one of the most comprehensive reversals of fortune for Huawei in Europe so far. 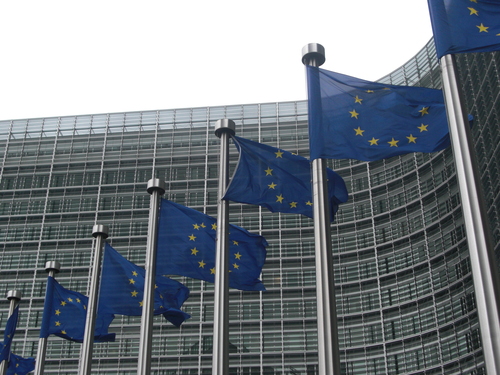 Brussels will be turning more Finnish after today’s telecom deal.

Proximus, the Belgian incumbent, hired Huawei back in 2009 to build a “single RAN” network, supporting all the generations of mobile technology on one platform. Orange had done a similar thing two years earlier for Belgium and Luxembourg.

No other vendors have been supplying equipment for the operators’ radio access networks (RANs), according to Strand Consult, an advisory group.

Under a network-sharing partnership, announced last November, the Belgian systems were to be combined.

This morning, both service providers revealed that Nokia, and not Huawei, will take full responsibility for a deployment of new 5G technology in that shared network.

Under the contract, the Finnish firm will also carry out an upgrade of the 2G, 3G and 4G networks that is due for completion by 2023. In addition, Nokia has been announced as the 5G RAN vendor for Orange Luxembourg, a subsidiary of Orange Belgium.

Ericsson, meanwhile, will provide the core network systems for both Orange and Proximus.

Out for the Chinese

In June, a report in Politico said these vendors would be excluded from core network contracts and restricted to just 35% of any RAN.

Similar proposals were unveiled in the UK at the start of the year before its government decided to go much further just a few months later.

John Strand, the CEO of Strand Consult, says the decision by the two operators sends a “strong signal” given Belgium’s geopolitical importance.

“Trade with China is limited it is not like they are huge trading partners, as with Germany but it is the headquarters of NATO and the EU, and until now NATO and the EU have been forced to send traffic through Chinese networks,” he told Light Reading.

The switch to Nokia in the RAN could hand a commercial advantage to the two service providers in future, he thinks.

According to his report, Belgium has been entirely dependent on Chinese radio technology, with Telenet, a third mobile operator owned by Liberty Global, using equipment supplied by ZTE.

“They will have a competitive advantage because they can go to organizations and offer a non-Chinese network,” he says.

The arrangements might also silence a few critics who say that switching from one vendor to another is always a costly and disruptive process.

Thanks to what it calls “an extremely competitive selection process,” Proximus reckons it will be able to save about 80 million ($94 million) between 2021 and 2023 in capital expenditure, compared with its original projections, despite plans for a more ambitious rollout.

At its capital markets day in March, the operator said it would spend about 1.3 billion ($1.5 billion) annually until 2025.

Any suggestion vendors are trying to undercut one another may unnerve their investors.

Profit margins have been thin at the Nordic companies and Ericsson has warned that a push for market share will have a short-term impact on profitability.

In July, Woojune Kim, an executive vice president at Samsung, told a UK parliamentary committee that Huawei’s prices were not viable for a company trying to generate profits.

But analysts at Jefferies, a bank, think there are several reasons why this “swap-out” could be so efficient.

“Equipment suppliers lock in share with initial network deals and have been known to price aggressively in that phase in 3G and 4G,” they said in a research note. “Once a geography is covered with the RAN of a particular supplier, the upgrades are locked for that supplier.”

“In this case, the lock-in is for the 5G upgrade,” they added. “Offering the whole country in a single-supplier setup (small as it is) will have added incentive.”

Under the network-sharing deal, replacing two legacy networks with new equipment might also have helped to reduce complexity, said Jefferies.

One up for Nokia

The deal represents an important win for Nokia over Ericsson in the RAN domain and is a further signal the Finnish firm has recovered from some of its earlier 5G difficulties.

Nokia had come unstuck after the components it selected for its 5G products turned out to be more expensive than rival gear. It was also hurt by supplier delays.

Now it has beaten Ericsson to a 5G deal in a competitive tender, just days after clinching a bigger 5G contract with the UK’s BT.

For Huawei, the European outlook seems increasingly bleak as governments and service providers look to alternatives.

Proximus and Orange join several other service providers in northern Europe that are phasing out the Chinese vendor, including Denmark’s TDC and the Norwegian arms of both Telenor and Telia. Government restrictions have been imposed or mooted in several countries.

“This is the outcome of a tender organized by operators and the result of the free market,” said a Huawei spokesperson, when asked for the company’s reaction to the news. “We embrace fair competition, the more diversified a supply chain the more competitive it becomes.”

But Orange is known to have had security worries about Huawei for some time.

“The main concern is not about spying,” said Michael Trabbia, the former CEO of Orange Belgium who is now the chief technology and innovation officer for the entire group, during a conversation with Light Reading in January. “The fear is their ability to stop or block the network.”

In Belgium and Luxembourg, there will soon be no cause for concern.