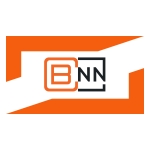 Posted at 12:18h in by fiberguide 0 Comments

“We are honored to license premium, trusted content from Bloomberg Media, one of the leading providers of business-news and information in the world,” said Bob Blake, CEO of Blake Broadcasting and a founder of CBNN, Oak Park Capital and several news networks. “This agreement reflects our commitment to providing only the highest quality news, sports, Esports and entertainment content for our channels.”

As recently announced, CBNN is a selected broadcaster on the Astra 1M or 19.2 E Satellite, which is among the most exclusive and most watched satellite platforms in Europe. Bloomberg content will be a key feature of those satellite and cable television broadcasts, beginning in mid-January of 2020, featuring a combination of live news broadcasts and featured programming each morning and afternoon of our broadcast day. Combined with our support from SES and MX1, CBNN will be delivering the best in premium programming.

Bloomberg Media, a division of Bloomberg L.P., is a leading multi-platform global business and financial media company, reaching a premium audience of more than 80 million consumers. With over 2,700 journalists world-wide, Bloomberg Media connects an influential global audience to news, ideas and intelligence across every platform: digital, TV, radio, print and live events.

This transaction was successfully negotiated by VideoElephant.