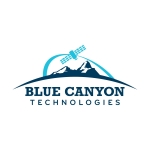 Posted at 14:15h in by fiberguide 0 Comments

The goal of the Starling mission will be to prove out the capability of affordable, distributed spacecraft missions, or large aggregations called “swarms”, in low-Earth orbit (LEO). The starling bird is famous for flying in a swarm formation.

As small spacecraft increase in accuracy and capability, flight-qualifying swarm technology benefits the industry as a whole by giving access to low cost, highly capable platforms that can operate from the near-Earth to the deep space environments.

“Ultimately, swarm technology will enable a new way to explore the vastness of space as well as the complexity of our solar system. BCT is honored to contribute to making the technology possible,” said Nick Monahan, Systems Engineer at Blue Canyon Technologies.

Starling is expected to launch in mid-2021.

Blue Canyon’s diverse spacecraft platform has the proven capability to enable a broad range of missions and technological advances for the New Space economy, further reducing the barriers of space entry.

BCT is currently building more than 60 spacecraft for government, commercial and academic missions. The company has doubled in size over the past 12 months and plans to open its new 80,000-square-foot headquarters and production facility in 2020.

Blue Canyon Technologies, Inc., (BCT) a Colorado-based private company founded in 2008 to bring innovative, reliable and affordable solutions to space missions, is an experienced integrator of aerospace systems and developer of advanced aerospace products and technologies. BCT is a vertically integrated spacecraft manufacturer supporting nearly 40 unique missions with over 70 spacecraft. The company currently has more than 60 satellites in production and is developing a new 80,000-square-foot facility for high rate production.

BCT has supported missions for The U.S. Air Force, NASA, The Defense Advanced Research Project (DARPA) and many others and provided the Attitude Control Systems for the first interplanetary CubeSats which successfully traveled to Mars. The company has been recognized with awards including Inc Magazine’s 5000 Fastest Growing Private Companies, 2017 Colorado Companies to Watch, and the 2019 Colorado Biz Made in Colorado Emerging Manufacturer Winner.

For the latest news on Blue Canyon Technologies and for other company information, please visit www.bluecanyontech.com. You can follow the company on Instagram here or Twitter here.
Contacts
Media: Hayle Bell, 720-458-0703