So you would think Britain, which has form in computing, would be out in front in putting technology to work in its economy.

You would also be wrong. 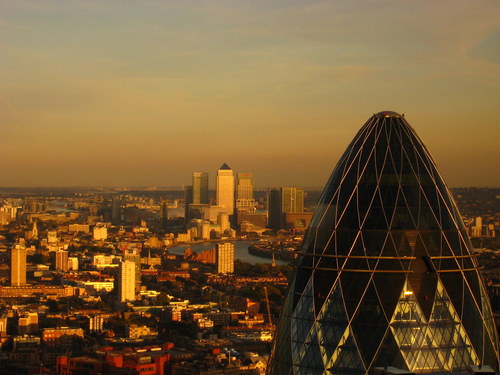 UK businesses are trailing behind badly in technology, says a survey by YouGov and BT.

“A significant proportion of UK businesses view new technologies as a cost rather than an investment to help boost growth,” says Chris Sims, BT Enterprise’s managing director for commercial and marketing.

The survey looked at over 1,000 businesses, ranging from small companies to large enterprises. It asked how much they knew about, and were implementing, 14 technologies, including 5G and machine learning.

Business leaders generally weren’t aware of the technologies, even if they sat in a C-suite or in an IT team.

For example, 31% said they weren’t aware of artificial intelligence (AI), and 60% hadn’t heard of as-a-service solutions, like software-as-a-service. The Internet of things (IoT)? Only one business in five had tried implementing it.

Businesses don’t generally think emerging technologies are relevant to their needs or will bring them any benefits. This is true of nearly half of companies when it comes to 5G, rising to 57% for machine learning and AI.

About a quarter of businesses struggle to see how digital tools could help them achieve key objectives like increasing their revenue, reducing costs or boosting productivity.

It gets worse. For companies that had implemented new technologies, 40% thought they hadn’t done so successfully, and wouldn’t reap the benefits of their investments.

Charles Babbage, London-born inventor of the Analytical Engine, would weep.

The medical, health and education sectors lagged behind most in implementing emerging tech. But in the IT and telecoms industries, which were best, only 26% of companies had invested in any of the 14 technologies.

The economy ate my digital strategy?

When you ask them, 40% say it’s the financial climate holding them back.

Pretty close behind, one in three say it’s skills shortages. This is true even for a quarter of companies in digitally savvy industries such as financial services and, well, IT.

This study fills in a bit more detail of the picture that other recent reports had sketched, too.

Getting firms to adopt better tech and management practices would be worth over 100 billion (US$129 billion) to the UK economy, the Confederation of British Industry has estimated.

And the UK lags behind its main international competitors in terms of productivity, says the government’s Department for Business, Energy and Industrial Strategy (BIS).

The UK has growth-hungry startups, but also a very “long tail” of defiant resisters who prefer tried and tested methods, and are defensively opposed to innovation, says BIS. Partly as a result, output per hour in Britain is 16.3% lower than the average for the other G7 advanced economies.

Wash your hands and roll up your sleeves

But on the bright side, we’re in a crisis. Bear with me.

British businesses’ innovation rates look like they’re much greater than they would have been, in the absence of coronavirus.

During the pandemic so far, 45% of UK companies have innovated by introducing a new product or service. This compares with only 18% in the three years to December 2018. And 38% said they’ve adopted new digital capabilities.

So if you want to end on a hopeful note: Even though UK plc is lagging behind badly in productivity and adopting emerging technology, British businesses are proving a bit more receptive to the latest tech, now that the pandemic has shaken and stirred things up.