BT breathed a sigh of relief after Ofcom revealed how it plans to regulate fiber networks in future, and it confirmed previously announced targets for the construction of “full fiber” networks in the coming years.


BT said it believes the regulator’s Wholesale Fixed Telecoms Market Review (WFTMR) will allow it to earn a fair return on the around 12 billion (US$16.7 billion) it aims to invest in fiber-to-the-premises (FTTP) across the UK. 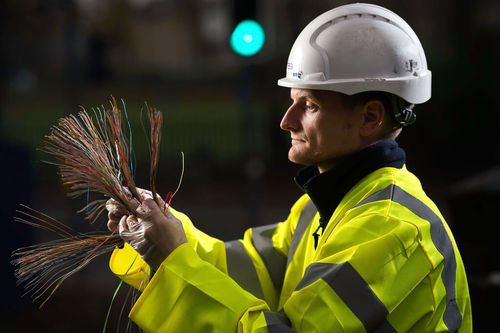 “As a result, BT is today confirming its plan to build FTTP to 20 million premises by the mid- to late-2020s,” the operator said.


The long-awaited WFTMR ruling is key for BT since it effectively outlines how much profit the group can make on its full-fiber investment in the UK.


Among other aspects, the regulator said the fastest fiber services from the operator’s infrastructure arm Openreach “will continue to be free from pricing regulation” from April 2021 until March 2026.


Ofcom also said that Openreach can “charge a bit more for regulated products that are delivered over full fiber instead of copper” to improve the investment case for BT. In addition, regulation will be progressively removed on the old copper network as fiber is deployed in a particular area.


Stepping on the gas


Philip Jansen, CEO of BT Group, hailed the ruling as “good news for all fiber providers in the UK.”


“For us, it is the greenlight we’ve been waiting for to get on and build like fury. Full fiber broadband will be the foundation of a strong BT for decades to come and a shot in the arm for the UK as we build back better from this pandemic. Connecting the country has never been more vital,” Jansen said.


Clive Selley, the CEO of Openreach, said the operator has now passed almost 4.5 million premises with its FTTP network.


“Today’s regulation will allow us to ramp up to 3 million premises per year providing vital next generation connectivity for homes and businesses right across the UK,” Selley said.


Rival operators such as Virgin Media, CityFibre and Hyperoptic are also rolling out fiber networks and have yet to respond to Ofcom’s ruling. It seems likely that Ofcom will face criticism that it has given BT a generous deal.


Indeed, Kester Mann, director, consumer and connectivity at CCS Insight, said the news “may not be so appreciated among service providers that rely on Openreach and other infrastructure.”


Mann said the ruling is nevertheless a huge boost for the deployment of full fiber broadband.


“The UK’s over-reliance on using dated copper lines for 21st century connectivity has held back its aspirations to become a world-leading digital economy. Today’s news sets fresh conditions to help accelerate full-fiber broadband deployment to help it move out of the slow lane,” he said.


According to Ofcom, full-fiber broadband is now available to over 5 million UK homes (18% of the country). Although this is a rise of 80% in a year, it still remains far too low.


Mann added: “This was always a delicate decision for the regulator, which had to tread a fine line between encouraging long-term investment and maintaining fair competition. It may have got it about right.”