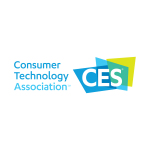 Posted at 18:13h in by fiberguide 0 Comments

As part of wider updates ahead of CES 2020, CTA announced that Daimler’s Ola Källenius, Chairman of the Board of Management of Daimler AG & Head of Mercedes-Benz Cars, will give a CES 2020 keynote on Monday, Jan. 6 at 8:30 PM at the Park Theater at the Park MGM Hotel in Las Vegas, NV.

The event, which showcased leaders in artificial intelligence (AI) technologies, allowed attendees to see and interact with the latest innovations in AI through exhibitor displays and conference programming. AI technologies will feature prominently at CES 2020 where it will be core to solutions such as smart cities, sports tech and digital health.

“The products honored at CES Unveiled in Paris demonstrate French technology leadership,” said Karen Chupka, EVP, CES. “These honorees have shown their commitment to improving lives through technology that will make our world a better place, which will be on full display at CES 2020.”

The remaining honorees will be revealed at CES Unveiled New York on Nov. 7, 2019 and posted online at CES.tech. Many will showcase their award-winning products at CES 2020, Jan. 7-10, in Las Vegas.

Owned and produced by CTA, CES 2020, the world’s largest and most influential tech event, will run Jan. 7-10, 2020, in Las Vegas, NV and provide access to the most transformative tech across various marketplaces, such as 5G connectivity, artificial intelligence, augmented and virtual reality, smart home, smart cities, vehicles, digital health and more. Industry leaders and rising stars will come together again to pioneer future innovation driving the ever-evolving tech industry.

Registration for CES 2020 is now open. For the latest exhibitor news and show announcements, visit CES.tech.

CES® is the largest, most influential tech event in the world – the proving ground for breakthrough technologies and global innovators. This is where the world’s biggest brands do business and meet new partners, and the sharpest innovators hit the stage. Owned and produced by the Consumer Technology Association (CTA)®, CES features every aspect of the tech sector. Learn more at CES.tech and follow CES on social.

As North America’s largest technology trade association, CTA®is the tech sector. Our members are the world’s leading innovators – from startups to global brands – helping support more than 18 million American jobs. CTA owns and produces CES® – the largest, most influential tech event on the planet. Find us at CTA.tech. Follow us @CTAtech.