Charlie Vogt heads back to the future | Light Reading

03 Aug Charlie Vogt heads back to the future | Light Reading

After spending nearly nine years focused on the next generation of video distribution and cable access network technologies, Charlie Vogt has returned to his roots the telecom network sector as the new president and CEO of Dasan Zhone Solutions (DZS).

Vogt, most recently the CEO of cable-focused ATX Networks (he’ll remain on ATX’s board), said he had discussions about joining DZS years ago when he was running Imagine Communications, but the retirement of Yung Kim, DZS’s previous CEO, and DZS’s recent decision to shift its headquarters from Oakland, California, to Plano, Texas, accelerated those talks.

“The [DZS] office is 2.5 miles from my house, and it’s almost like Back to the Future for me, going back to my core roots of telecom and broadband access,” Vogt said. 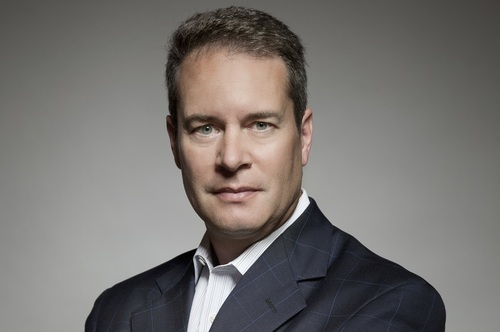 Vogt most recently was CEO of ATX Networks. He’ll remain on the board there following his appointment at Dasan Zhone.

Vogt said his priorities heading into the new gig are to fully integrate DZS’s businesses and to build on the company’s strength in the Asia Pacific market by seeking growth in North America and Western Europe.

DZS, a company focused on EPON, GPON, 5G transport as well as in-home Wi-Fi, was formed in 2016 via the merger of Dasan and Zhone. In 2018, DZS added more copper and fiber access technologies and some additional traction in Europe through the acquisition of Keymile, a company based in Hannover, Germany.

“One of the main initiatives for me is to integrate those businesses and make sure we get sales and cost synergies out of those three technology mergers and acquisitions, Vogt said.

Sizing up growth opportunities
About half of DZS’s revenues come from APAC, where it tangles with rivals such as Huawei and ZTE, compared to 25% in the EMEA region, with the balance in the Americas. Vogt believes North America is a prime growth target for fiber access, 5G transport and even enterprise-focused smart cities initiatives.

DZS customers representing 10% or greater customers of total revenues include KT, LG U+ and SK Broadband, and has projects going with other service providers such as Rakuten, Chunghwa Telecom, Softbank, BSN, Viettel and KDDI.

“I think there’s a tremendous opportunity for the company in North America and I think a lot of it has to do with timing and focus and where a lot of the emerging fiber access and 5G wireless initiatives have begun,” he said. “Joining the company will hopefully help to reinvigorate a lot of our energy and a lot of our focus around North America.”

He also believes there are some opportunities for DZS to make some inroads into US cable as operators roll out PON-based networks in a targeted way and ratchet up their role in 5G backhaul and fronthaul.

“I think there’s a 10G EPON play [in cable],” Vogt said, noting that there could be some complementary technology and product synergies between ATX and DZS.

Vogt believes DZS can grow on its own, but didn’t rule out possible mergers and acquisitions. M&A has typically played a part at Vogt’s former companies. For example, Genband (now Ribbon Communications), acquired ten companies (including Nortel’s VoIP business), and Imagine Communications/Harris Broadcast acquired three (RGB Networks, Digital Rapids and the advanced ad business of OpenTV) under Vogt’s watch. ATX didn’t go on an acquisition spree during Vogt’s tenure there, but it did strike a licensing deal earlier this year, which essentially enabled ATX to take over Cisco’s cable amplifier business.

“I’m still a big believer in organic growth, but I think that this space, as a whole, has a lot of consolidation to occur,” Vogt said. “I certainly believe that DZS is certainly going to be a company that’s going to be inquisitive on both sides.”

DZS is set to announce Q2 2020 results on Wednesday. DZS generated $47.5 million in Q1 2020, down from $74.1 million in the year-ago period, primarily due to the a global slowdown linked to the COVID-19 pandemic and a transition by some service providers to next-gen fiber and wireless technologies.

ATX has not named a successor to Vogt, but does have a succession plan underway. In the meantime, the company’s current executive team will manage the company, with no changes to the existing strategic plan or customer commitments.

“The transition is completely amicable and in keeping with management cultures of great companies,” ATX said in a statement. “HIG [the private equity investment firm that acquired ATX in 2015] couldn’t be more pleased with the success the company has achieved under Charlie’s leadership.”