Seizing upon an opportunity to expand its footprint while also putting more pressure on incumbent telcos, Charter Communications disclosed in an 8-K filing Monday that it will join the bidding for billions of dollars in Rural Digital Opportunity Fund (RDOF) subsidies.

While spelling some bad news for companies such as CenturyLink and Frontier Communications, it’s “ambiguously good news for Charter,” Craig Moffett, analyst with MoffettNathanson, explained in a research note distributed today.

As an extension of the Connect America Fund (CAF), RDOF will provide $20.4 billion in funding over a ten-year period to support broadband networks in rural US communities. The Phase I auction will provide up to $16 billion for up to 5.4 million homes. RDOF more than doubles the FCC’s required minimum speeds of CAF II to 25 Mbit/s down by 3 Mbit/s up, while weighting bids for services with faster speeds and lower latency more heavily in the auction. Winners will have eight years to deploy their networks.

“For Charter, it’s almost certainly a financial win,” Moffett explained, noting that the cable operator is putting itself in position to win government subsidies to bring broadband to unserved and underserved areas along the edges of its existing footprint. “In essence, the subsidies will plug whatever gap is required to flip edge outs from negative to positive ROI.” 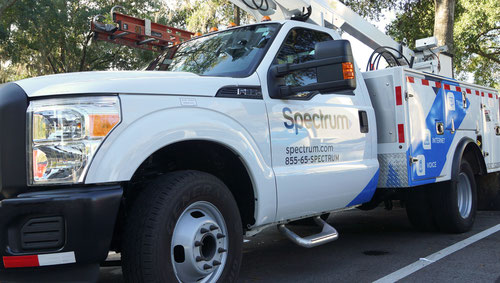 The analysts at NewStreet Research are also bullish about Charter’s decision, holding that participating in RDOF will not materially impact Charter’s future M&A opportunities, capital allocation decisions or share repurchases.

But how well ROI travels for Charter will all depend on the price the cable op pays in each specific geography. “There’s no incentive to game the system, so assume that Charter will bid (i.e., ask for) the minimum required in each license area to earn a small, but positive, ROI,” Moffett noted.

Charter has been doing some rural expansion on its own, having built out its network to more than 1.5 million new homes and businesses, with about 30% of them in rural areas, in the last two years. RDOF participation will enable the MSO to continue to expand a network footprint that ended Q1 2020 with 52.41 million “passings.”

Moffett said he’s been led to believe that Charter is pleased with the returns it’s getting with rural expansion, even in low-density areas where costs can reach as high as $4,000 to $6,000 per passing, and despite the fact that builds in rural areas tend to be for fiber-to-the-premises technologies. The possible downside is if capital investment the piece not subsidized is higher than it would otherwise have been the case.

Possible target: 2.5 million homes
An unknown variable for now is how big Charter wants to go with RDOF. Charter itself won’t know what it has won until early next year.

“If Charter is successful in the RDOF auction, the company’s build-out could include a multi-million passings build and an associated multi-billion dollar investment over an eight-year period after 2020, extending Charter’s network to rural, unserved or underserved areas,” Charter explained in the 8-K. The cable op said it expects free cash flow from operations will “adequately fund” any multi-year projects tied to RDOF.

NewStreet Research believes Charter could target about 2.5 million of the homes and focus on states where it already has a “material presence” and in census blocks that are contiguous with existing Charter systems.

“This would amount to 2MM subs roughly half the size of Altice [USA],” they explained. New Street’s analysts estimate Charter could spend $6 billion in incremental capex to pass and connect those homes over eight years, based on an average net cost of $2,400 per home passed.

If Charter does come away with sizable wins, that could take a bite out of CenturyLink’s and Frontier’s financials, as Moffett notes that CAF II currently accounts for 6% and 10% of EBITDA, respectfully, for them.

CenturyLink and Frontier have also hinted that they’ll take part in RDOF, but Charter’s participation “will clearly make it more challenging for incumbents to come out of the process with big wins in hand,” Moffett said.

NewStreet also does not anticipate Charter struggling with RDOF as Liberty Global has at times with its own Project Lightning initiative. Notably, Charter would be entering areas with virtually no competition and there would be “no economic case for a second overbuild in Charter’s new markets,” the analysts added.