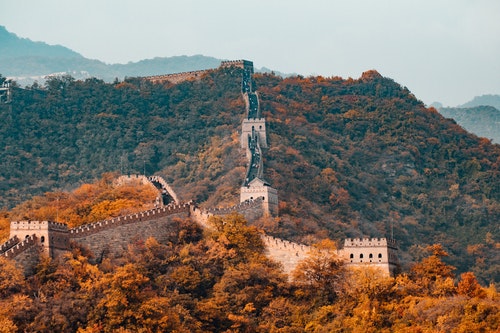 Great Wall reported 10.5 million broadband subscribers at the end of last year but it has been under siege from price competition between the state-owned giants.

In a statement last week it said broadband Internet competition had “intensified year by year and industry ARPU value has continued to decline.”

The disposal of the broadband assets would “reduce the impact of loss-making business on the company’s performance” and optimize resource allocation.

It was fully acquired by Dr. Peng for 1.7 billion yuan ($249 million) in 2012, and for several years its low-price broadband services were a significant contributor to the parent’s bottom line.

But that foundered after China Mobile entered broadband with its own aggressive prices in 2015. The mobile giant is now also China’s broadband leader, with just 200 million subscribers.

Great Wall Broadband has been plagued by outages this year, too initially in northeast China but later in Shenzhen and other cities, drawing large numbers of complaints on social media.

Dr. Peng has retained the ISP businesses in Beijing, Shanghai and Shenzhen, but it has been increasingly shifting into cloud and data center services. In May it invested 3 billion yuan ($439 million) in a new cloud data center in Langfang city in Hebei province.

Great Wall’s new owner is a subsidiary of Zhongan International, a business wholly owned by the China International Council for the Promotion of Multinational Corporations, a Chinese-style NGO under the Ministry of Commerce.

Zhongan Industrial has been established for less than 12 months, with registered capital of 10 million yuan ($1.5 million).