As the US maintains its chokehold on Huawei, cutting off the Chinese vendor’s supply of vital components, China appears to have telegraphed its latest threat.

Should European authorities fail to comply with its wishes namely, that no restrictions be imposed on the ailing Huawei China will push the little red button that stops the European vendors from exporting any goods they make in China, according to a report from the Wall Street Journal.

If this is true, then China’s government does not seem to have realized that Ericsson and Nokia have been evacuating the danger zone ever since Trump took a dislike to China-made products. Its supposed counterstrike would do minor damage to the European vendors. Most of the casualties would be Chinese. 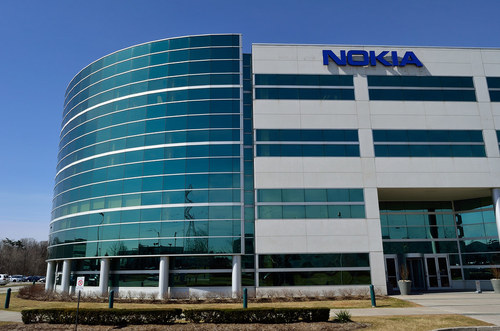 Chinese exodus
Ericsson has been the most transparent about its recent efforts to shift production closer to customers. The clearest example came last year when it opened a new facility in Texas to serve all North American needs. Another one in Estonia caters to European customers. Automation has minimized costs, especially at the Texas facility, which employs just 100 people.

Of the seven manufacturing sites listed in Ericsson’s last annual report, only one is in China, along with just one of four service delivery centers. Research and development (R&D) happens across 15 global sites, 14 of which are outside China.

Nokia also seems to have limited exposure. Only one of its ten factories is Chinese and that last year accounted for just 18% of production capacity for radio frequency systems. Basestations, submarine cables, radio controllers and transmission systems are all manufactured elsewhere. A global network of 18 R&D centers includes just one inside China.

This does not mean there would be no damage. Ericsson’s Nanjing facility exports goods to Australia, among other countries. If China blocked those shipments, Ericsson would not be able to serve major customers such as Telstra, Australia’s biggest mobile operator.

But the main effect of the blockade would be to accelerate the shift to non-Chinese facilities. After all, it is not as if Australia, having already banned Huawei, has any serious alternatives to Ericsson and Nokia. And Australian politicians are already in a flap after the Sydney Morning Herald, a local newspaper, noticed that one of Ericsson’s Chinese partners is Panda, a company that recently turned up on a Pentagon blacklist.

Unlike Huawei, which has no viable alternatives to US semiconductor expertise, Ericsson and Nokia would have no shortage of options for new production facilities, even if the move initially proved costly

Quitting China would hurt local employees, though. Ericsson had 13,783 in North East Asia last year, according to its accounts, while Nokia employed 15,700 people in Greater China.

A Chinese blockade would be a self-harming act in other ways, too, because both Ericsson and Nokia operate their Chinese subsidiaries mainly through joint ventures with local firms.

In Ericsson’s case, that is Nanjing Ericsson Panda Communications. Ericsson owns 51% of that business, while Panda, the company on the Pentagon’s blacklist, has a 27% share. The other Chinese partners are China Potevio, a state-owned business with a 20% stake, and Yung Shing Enterprise, with 2% of the business.

US expertise
Could China hurt Ericsson and Nokia by mimicking the US policy and cutting off supplies to Chinese components?

It seems unlikely, or China would surely have threatened it. Neither Ericsson nor Nokia responded to queries about the percentage of their components that come from China. Yet both are likely to have the same dependency on American expertise as Huawei, given the similarity between their network businesses.

In addition, both companies have tried to reduce their dependency on individual companies to mitigate risks.

After Nokia blamed 5G problems partly on one vendor thought to be Intel it publicly identified Broadcom and Marvell as chip suppliers. None of these three players, of course, is Chinese.

In its last annual report, Ericsson acknowledged there were few suppliers it could turn to for application-specific integrated circuits (ASICs) and field programmable gate arrays (FPGAs), important types of chip. But the chip designers and contract manufacturers are either American or heavily reliant on US technology.

The world’s two biggest FPGA suppliers, for instance, are Intel and Xilinx, according to Linley Gwennap, a principal analyst at The Linley Group.

Banning Ericsson and Huawei
China’s other option would be to ban Ericsson and Nokia from supplying Chinese operators, just as some other countries are banning Huawei and ZTE. The trouble is that China never allowed the Nordic firms much of a role in the first place.

While Huawei derives nearly a quarter of its revenues from Europe, the Middle East and Africa, and is Europe’s biggest mobile infrastructure supplier, Ericsson made just 7% of last year’s revenues in China, and for Nokia the figure was only 8%.

When China recently handed out 5G contracts, about 90% of the business went to Huawei and ZTE. Nokia even gave up on 5G radio in China when it missed out entirely in that area.

Banning Ericsson and Huawei would also make Chinese operators reliant on Huawei and ZTE. The same could be said about European dependence on Ericsson and Nokia if regulators exclude Chinese vendors. But the Nordic firms are not about to lose their competitive edge because of US sanctions.

Despite those considerations, Richard Windsor, an analyst with Radio Free Mobile, thinks a ban on serving Chinese operators “is by far the most likely retaliatory action.” That would be a blow to Ericsson, which has worked hard to secure a presence in China’s 5G radio market. But even Ericsson’s exposure “is not large enough to trigger a very serious problem,” says Windsor in a blog.

There are manifold ways that China could hurt the West. Currency manipulation, cutbacks to the purchase of US agricultural products and new tariffs on imports of German cars are just three of the options for China’s government. But in the telecom sector, China is not the huge danger it might like to make out.