Cisco has caught one of the worst cases of coronavirus in the technology sector.

As customers slashed spending, revenues fell 9% year-on-year in its fourth fiscal quarter (spanning May to July), to just $12.2 billion.

Even worse could lie ahead as the giant of Internet equipment struggles to hoist itself from the sickbed. For the current quarter, Cisco expects sales to fall between 9% and 11%.

After the warning, its share price dropped 11% on August 13. 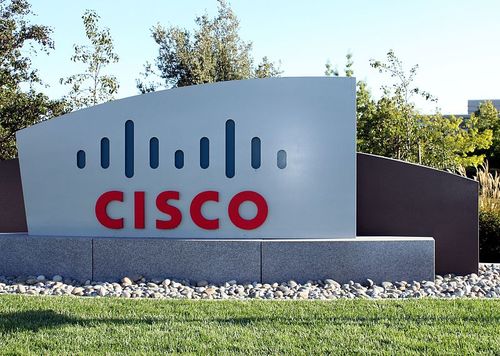 What has compromised Cisco’s immune system is a heavy exposure to hardware products sold to large business customers, many of which have cut investments during lockdown.

So-called “infrastructure platforms” still account for more than half of Cisco’s revenues. According to a filing with the Securities and Exchange Commission, sales of these tumbled 16% during the quarter, to about $6.6 billion, compared with the year-earlier period.

“This is the product area most impacted by the COVID environment,” said Kelly Kramer, Cisco’s highly regarded chief financial officer, whose decision to retire, announced during the earnings call, will not have buoyed shareholder sentiment.

“We saw declines across switching, routing, data center and wireless, driven primarily by the weakness we saw in the commercial and enterprise markets.”

Unfortunately, the applications unit, which sells everything from unified communications products to “Internet of Things” software, also struggled. Cisco’s second-largest product business, it recorded a 9% drop in sales, to $1.4 billion.

The only real growth came at the comparatively small security business, where sales were up 10%, to $814 million.

Unable to pick up the products slack, the huge services unit at least sold as much as it did in the year-earlier quarter, generating $3.3 billion in revenues.

Metamorphosis
Like other companies with a hardware background, Cisco has been trying to expand into software and services, and especially the cloud, with its promise of recurring, subscription-based revenues.

That transformation has gone well. About 31% of revenues came from pure software in the fourth quarter, and 51% of sales were generated by software and services in the last fiscal year.

Of its software revenues, 78% now come from subscriptions, easily beating a company target of 66%.

But the shift has not happened fast enough to mitigate the hardware pain something Cisco is now trying to fix.

“We will accelerate the transition of the majority of our portfolio to be delivered as a service,” said CEO Chuck Robbins.

A bigger part of Cisco’s research-and-development (R&D) budget will be funneled into cloud and software technologies what Robbins described as “key areas that will position us well for the future.”

The danger is that cutbacks weaken Cisco’s overall R&D muscle. While promising more investment in growth areas, Robbins is taking an axe to costs.

“Over the next few quarters, we will be taking out over $1 billion on an annualized basis to reduce our cost structure,” he said.

Quizzed about the nature of the cuts, Kramer said operating costs would fall by around $800 million, about 4.4% of the annual total.

Costs are already coming down. In the fourth quarter, opex fell 9%, to about $4.4 billion. Even with these cuts, operating profit dropped 11%, to $3.3 billion. It was thanks only to much lower income tax payments that net profit rose 19%, to roughly $2.6 billion.

The real cost concern is that Cisco has not ringfenced R&D from the cuts. Figures for the February-to-April quarter showed the first year-on-year reduction to R&D spending for 11 quarters. With investments down 11% in the fourth quarter, to less than $1.6 billion, that was obviously not a blip.

Risky business
If the total budget continues to shrink, then increased spending on growth areas will necessitate R&D cuts at the core business. That risks a loss of product competitiveness that could sharpen the decline in revenues from infrastructure platforms.

Signs of R&D cuts at Cisco might be geopolitically unpalatable as well. Despite all its difficulties, China’s Huawei, which Cisco previously accused of intellectual property infringements, has boasted it will spend $20 billion on R&D this year, up from about $19 billion in 2019.

The savings push is bound to claim jobs in various departments, and has probably done so already (Cisco does not provide details of staff numbers in quarterly updates).

Investors are hardly panicking. Despite yesterday’s share price movements, Cisco trades a fifth higher than it did on March 16, when many countries had just entered a lockdown, and its value has risen more than 60% in the past five years.

But the next few months could be some of the toughest it has faced.