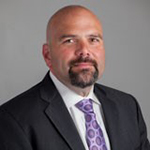 Posted at 18:59h in by fiberguide 0 Comments

With more than 14 years at Comcast and 23 years in the industry, David brings a deep understanding of the complex operations of the business, and a track record for driving customer and business growth in this highly competitive marketplace.

David joined Comcast in 2005 as Area Director of Marketing and Call Center Operations, first in Dover, Delaware and then in Richmond, Virginia. From there he was named Regional Sr. Director of Marketing Operations and Sales Strategy for the Beltway Region. In 2010, David moved west to become Vice President of Sales Operations and Marketing in the Twin Cities Region and then in the Mountain West Region. He served in that role until 2017, when he joined the West Division office.

Previously, David worked for Dish Network in Chicago, serving in several positions with increasing levels of responsibility, including Director of Field Sales Development and Director of Target Marketing.

David and his wife Andrea, their son Maxwell 11, and daughter Olivia 7, will relocate to the Portland area in the coming weeks.