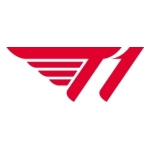 Posted at 14:00h in by fiberguide 0 Comments

“The launch of T1 marks an exciting moment for Comcast Spectacor and our partners at SK Telecom,” said Dave Scott, Chairman and CEO, Comcast Spectacor. “T1 immediately becomes one of the premier esports organizations in the world, and we are looking forward to strengthening its presence in this dynamic space as we move forward.”

“SK Telecom has built SK Telecom T1 into the most successful LoL team in history,” said Park Jung-ho, CEO of SK Telecom. “We’re excited to contribute this legacy to form a premier esports organization with Comcast Spectacor to expand globally and grow the business in new directions. This marks a significant step for SK Telecom’s esports business and we are very excited for the future of T1.”

Also announced today was the appointment of two senior executives to lead the joint venture. Joe Marsh, who most recently was Chief Business Officer for Comcast’s Spectacor Gaming division and the Philadelphia Fusion Overwatch League team, has been named CEO of T1, overseeing global operations based in Seoul, Philadelphia and Los Angeles. John Kim, founder of Akshon Media and former CEO of Meta Gaming in Seoul, has been named Chief Operating Officer and is now based in Seoul full time.

“I’m honored to lead T1 as we enter into a promising chapter of growth,” said Joe Marsh, CEO, T1. “SK Telecom T1 has a rich history of success and we will build on those successes and celebrate new victories as we expand into new markets. Our portfolio of world-class teams spans the globe, creating more opportunities for our fans to celebrate T1’s gaming culture, content, and players.”

The joint venture combines the strengths of two successful competitive gaming companies and now stands among the premier esports organizations in the world. The SK Telecom T1 LoL team has already won three LoL World Championships and has an established and loyal fan base. The United States and South Korea rank as the largest and third largest global esports markets, respectively, in this fast-growing space. T1 will expand globally and develop new businesses and revenue streams surrounding competitive gaming culture and lifestyle, content creation, entertainment and merchandise.

The Philadelphia Fusion Overwatch League franchise is not part of T1 and remains fully owned and operated by Comcast Spectacor.

SK Telecom is the largest mobile operator in Korea with nearly 50 percent of the market share. As the pioneer of all generations of mobile networks, the company has launched the fifth generation (5G) network on December 1, 2018. The company is not only leading innovations in the field of mobile network, but is also creating unprecedented value in areas such as media, security and commerce. In the Fourth Industrial Revolution, SK Telecom will inspire the world, building a future beyond expectations. For more information, please contact [email protected] or [email protected]
Contacts
Kelsey Rowley
T1 Entertainment & Sports
[email protected]