Normally telcos profit from roaming in the summer months. Not this year.

The rest of us may have difficulty mustering sympathy, but most years mobile phone operators see a more than twofold increase in their roaming, as people go on holiday.

In 2020, the staycation summer meant this was only 47%, say Belgium’s mobile telecommunications provider BASE and its owner, Telenet Group. 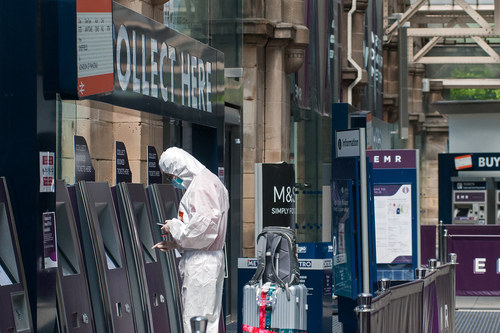 In fact, it was only the Netherlands that saw more roaming traffic, an increase of 7%, compared with the summer of 2019.

Popular vacation destinations like Spain, Italy, Greece and Portugal had on average half as many roamers. In the Scandinavian countries, this was just 27% of their normal number.

Roaming mobile phone users were still to be found in France and Germany, though their numbers were down 8% and 23% respectively from last summer.

Switzerland saw a comparatively small loss, down just 35%. Aerosol pandemics must be a popular time to breathe clean mountain air.

Brexit: Bringing back the Roamin’s?
If there isn’t a Brexit deal come December 2020, free roaming for UK mobile phone users may end.

However, Three, EE, O2 and Vodafone have said they have no current plans to change their mobile roaming policies.

Other providers like Sky Mobile, Giffgaff, Tesco Mobile and Virgin Media have all likewise kept their options open. Each only says they currently do not have plans to introduce roaming charges.

Observers suggest that in the absence of government regulation ensuring no data roaming charges for Brits traveling in the EU, a patchwork of commercial considerations might come into play instead.

Some UK operators have partner relationships with EU operators, or share parent companies.

It’s possible some networks may offer a free-roaming service at a more expensive tariff.

I’ve got a license to roam
For their part, the EU’s initial roaming regulations are in force until June 2022.

In revising the regulations, the European Commission says it is keen to gather evidence about how roaming will expand to include Internet of Things (IoT) devices and 5G.

As they stand, the regulations include telco-friendly safeguards to prevent distortions in domestic markets. Mobile operators can introduce conditions to keep customers from permanently roaming.

National regulators have been serious about enforcing them.

The UK’s Ofcom slapped Lycamobile on the wrist in March 2019 for setting its customers’ “fair use” limits too low, and not letting customers use their pre-paid bundle of minutes while they were roaming.

The end of roaming charges within the EU in June 2017 made for big changes in how EU citizens use data when they travel.

In summer 2018, EU account holders used twelve times more mobile data abroad than they did the summer before roaming charges were scrapped, the European Commission said.

Iceland, Liechtenstein and Norway come into the free-roaming zone, too, but not Switzerland and Monaco.

How much Brits continue to benefit from it now seems anyone’s guess.