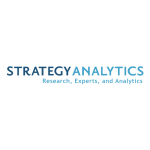 Posted at 15:34h in by fiberguide 0 Comments

Nearly one in four UK households now owns a smart speaker, and while many users are concerned about security issues, the vast majority love their devices. A new survey by Strategy Analytics of more than a thousand smart speaker users found that nearly six in ten are concerned that voice-controlled devices will record sounds or conversations without their consent, and nearly half will not share payment information via their smart speaker. However, 88% of users are satisfied with their smart speaker and three quarters say they are much more useful than they had expected. More than 60% prefer using voice to a touchscreen or keyboard, and 50% even say they now can’t imagine life without one. The results are based on an online survey of 1048 smart speaker users carried out in July/August 2019.

The report also found that 31% of non-owners plan to buy a smart speaker for the first time within the next 12 months. This is in spite of the fact that security is a concern for a minority of these potential buyers – 13% say that they haven’t bought one yet because they are concerned generally about security and 7% because they don’t want their data shared.

In addition, two thirds of existing owners say they will definitely buy another smart speaker, nearly a third within the next twelve months. More than half of owners already have more than one smart speaker in the home, confirming once again how these devices are becoming central to the emerging smart home lifestyle.

David Watkins, Director, Smart Speakers and Screens at Strategy Analytics commented: “Contrary to suggestions that people may be turning away from smart speakers because of security concerns, these results suggest that satisfaction rates are as high as they ever have been. For the moment at least, users are happy to accept the risks in return for the many benefits smart speakers bring to their everyday lives.”

David Mercer, Principal Analyst and the report’s author added: “There are regular ‘scare stories’ in the general press about Big Tech in general and suspicions about new technology, but the reality is that most users pay them little attention. They may have legitimate concerns, but the benefits of voice technologies are so great that most people will overlook them.”