The global pandemic has upended almost all aspects of daily life except when it comes to network operators’ capital expenditures. That, according to a wide range of network equipment vendors focusing on a variety of markets and technologies, has remained relatively unaffected. 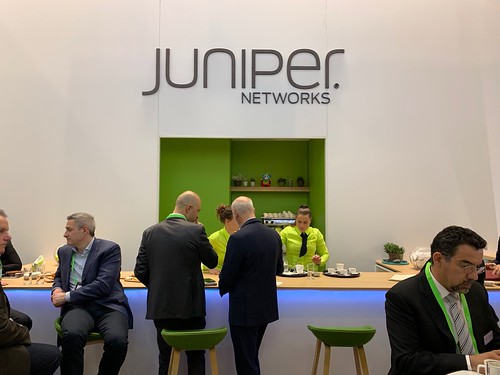 Others agree with Rahim’s assessment.

Corning chief executive Wendell Weeks explained that his company’s network operator customers continue to see major increases in pandemic-related traffic on their networks, and are spending on network equipment as a result.

“The fundamentals look really strong. Our market position looks really strong. We should be entering a growth cycle.” he said. Corning sells fiber and other networking equipment.

But Weeks noted that there remain some unknowns in the situation. “Now, we just got to see how the world deals with the pandemic,” he said during his company’s quarterly conference call, according to a Seeking Alpha transcript.

And Infinera which sells optical networking equipment also acknowledged that some operators had delayed network upgrade projects due to COVID-19. “They didn’t get canceled, but they got pushed out. The push outs, you never go back and recapture the growth that would come off of that,” explained Infinera’s Tom Fallon during his company’s quarterly conference call, according to a Seeking Alpha transcript. 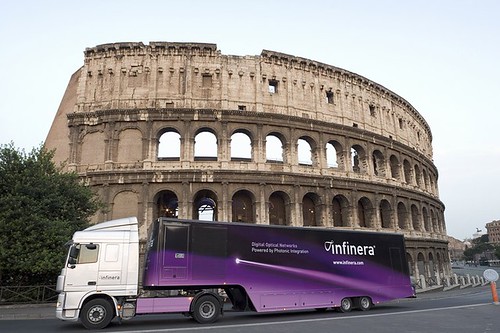 But Fallon said that, overall, he’s more confident about network operator spending than he was three months ago. “I have a better view and a more positive view on visibility than a quarter ago,” he said. “There are still conversations occurring in regard to those worried about macroeconomics, but bandwidth continues to be under demand for growth. And so far, we are seeing our customers stay relatively steady on their bandwidth growth plans.”

CenturyLink’s CFO Neel Dev said the wired network operator has expanded spending on its network. “We also continued to lean into capital spending during the quarter, driven by customer upgrades and supported by strong leading indicators,” he noted during CenturyLink’s quarterly conference call, according to a Seeking Alpha transcript.

Alex Pease of CommScope said: “Operators [buy] around 20% to 30% additional capacity per year just to keep up with normal bandwidth demand and competition. When we were in the early stages of the COVID crisis, we saw network utilization jump by somewhere between 30% and 50%. So you saw a significant acceleration of that need to add capacity, which is one of the reasons why we’re seeing the strength in the broadband business,” he explained. CommScope sells equipment for a variety of network operators.

“So that is what we’re benefiting from substantially,” he added, according to a Seeking Alpha transcript. “They will continue to add this 20% to 30% capacity even after things normalize.”

Mobile growth and hiccups
That positive outlook which covers a wide variety of operators across different types of networks and geographies stretches into the mobile network operator sector specifically, including for 5G.

“Preliminary estimates suggest that the higher-than-usual degree of economic uncertainty was not enough to derail the positive momentum that has characterized the RAN [radio access network] market over the past two years,” noted the analysts with Dell’Oro Group, a research and consulting firm that closely tracks the industry for mobile network equipment. “With the RAN market advancing at the fastest pace in nearly ten years, there are signs that the market is accelerating at a much faster pace than initially expected.”

However, that global viewpoint by Dell’Oro Group can’t be applied onto every mobile operator in the world. For example, there are some indications that AT&T and other US operators may slow their network investments in the coming months to hoard their cash for C-band spectrum purchases.

“In North America, trends were soft primarily due to the winding down of investments in large programs, such as FirstNet, the preservation of capital to invest in the upcoming C-band auction, and the front-end loading of much of the 2020 capital spending,” warned Eddie Edwards of CommScope on his company’s quarterly conference call, according to a Seeking Alpha transcript.

AT&T has been working for more than a year to upgrade its mobile network in part to deploy the 700MHz spectrum it scored as part of its deal with FirstNet. However, the company has indicated that work is almost finished, which could result in a slowdown in AT&T’s capex.

And AT&T, Verizon and others are widely expected to spend billions of dollars on spectrum in the upcoming C-band auction in December.

But the Wall Street analysts at Wells Fargo said that CommScope’s warning on slower spending from AT&T and others may not apply to all vendors, including US cell tower companies. “Most of our private tower contacts have disputed those points, and continue to see a healthy pipeline of activity,” wrote the Wells Fargo analysts in a recent note to investors.

American Tower’s Steven Vondran told the Wall Street analysts at Cowen recently that he expects “continued activity” from AT&T and Verizon. He added that T-Mobile ought to soon ramp up its 5G network buildout efforts using towers from American Tower.

Small cell warnings
But some operators warned of a slower-than-expected deployment of small cells among US operators specifically.

“As for small cells, Mr. Caruso admitted that the business is playing out differently than expected,” wrote the Wall Street analysts at Cowen of recent comments by Zayo CEO Dan Caruso at an investor event. “Specifically, carrier activity is more tempered than their messaging five years ago, and the lease-up of second tenants has been slower.”

But, despite Zayo’s gloomy small cell outlook, executives from Crown Castle and other companies continue to expect expanded operator spending on small cells and other network infrastructure in general.

For example, Marc Ganzi, CEO of Colony Capital, said that he wants to position his company as a global solutions provider for the converged network of the future, an opportunity he said would be worth $378 billion in operator capex in 2020. According to the analysts at Cowen, Ganzi said that Colony Capital is working to build out 80 million miles of fiber, 80,000 cell towers and 130,000 small cells in 2020 alone, in order to take advantage of that opportunity.