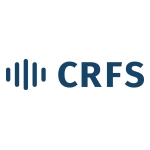 Posted at 10:14h in by fiberguide 0 Comments

Both military and civilian aircraft transmit RF signals for voice communication, navigation, tactical data links and radar. The RFeye AirDefense system uses these transmissions to accurately detect the signal, locate its position in three dimensions and determine the probable flight path for individual aircraft, independent of the number that may be operating in the area.

“The practical advantage of RFeye AirDefense is its ability to detect hostile aircraft and UAS without them being aware they are being tracked,” said Marty Mosier, CRFS Inc. General Manager. “This can provide essential covert intelligence on enemy activity and also augment radar systems by providing a long-range warning of incoming threats to enable radar cuing or provide coverage overlap.”

Mosier continued, “The ability to derive course, speed, and altitude from a geolocated signal of interest is often considered the holy grail of the airborne SIGINT community. Just from these pieces of data, we can help analysts determine the origin, platform type, bearing to estimated target and even intent.”

“Using our four-sensor test network in Buffalo, New York, we can, accurately geolocate and track multiple aircraft simultaneously at distances of hundreds of kilometers. It can track aircraft from stationary to speeds in excess of Mach 1,” said Mosier. “The system is expandable to any number of sensors to cover as large a geographic area as desired and can be managed and monitored in real-time from anywhere in the world.”

The system can be used for standalone situational awareness or as an integrated element in a system of systems for complete air defense. Applications range from operational in-theatre use to training and testing.
Contacts
James Shepperd
[email protected]