Posted at 15:09h in by fiberguide 0 Comments

As one of the leaders in the development of TAI, Cumulus Networks has made important contributions to the Telecom Infra Project. TAI defines an API for providing a vendor-independent way to control transponders from various vendors and implementations in a uniform manner, removing the friction for Network OS vendors to support new hardware and allowing chip vendors to take their solutions to market more easily with existing network software that can support them out of the box. Cumulus Networks wrote the initial reference device driver and open sourced it through the Telecom Infra Project GitHub repository.

Since announcing the intent to make Cumulus Linux available on Voyager at last year’s Telecom Infra Project Summit, Cumulus has seen successful trials of Voyager with Vodafone, NYSERNet, Internet2, GRnet and CESNET. The launch of TAI furthers Cumulus’ goal of bringing open, optical networking solutions to the industry at large.

“Over the last year, we have increased our efforts to bring innovative solutions to TIP and Voyager so that customers can face the challenges of running efficient, packet optical networks at scale,” said JR Rivers, CTO of Cumulus Networks. “We are thrilled to introduce TAI to customers today and we look forward to continuing our efforts with TIP, Facebook, ADVA and others to bring more solutions like this to market.”

“We are excited to see how multiple partners are working together to solve the integration challenge. This is an important step towards making disaggregated solutions evolve faster, and we’re pleased to see how Cumulus has been one of the leaders of the initiative,” said Luis MartinGarcia, Network Technologies Manager, Facebook.

“One of the reasons that there’s such a buzz around our Voyager packet optical solution is Cumulus. Their software is a clear differentiator and it really injects the whole product offering with tremendous ease of use,” said Niall Robinson, VP of Global Business Development at ADVA. “With their new TAI, they’re continuing to push the boundaries of openness and disaggregation into the Voyager project and remove friction from the entire ecosystem.”

Cumulus Networks is leading the transformation of bringing web-scale networking to enterprise cloud. As the only systems solution that fully unlocks the vertical network stacks of the modern data center, Cumulus Linux allows companies of all sizes to affordably build and efficiently operate their networks just like the world’s largest data centers. By allowing operators to use standard hardware components, Cumulus Networks offers unprecedented operational speed and agility, at the industry’s most competitive cost. Cumulus Networks has received venture funding from Andreessen Horowitz, Battery Ventures, Sequoia Capital, Peter Wagner and four of the original VMware founders. 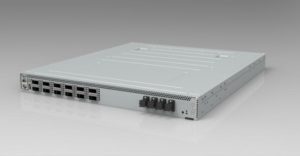