Whalen, named to that role last September soon after the merger of CommScope and Arris, said he is leaving for family reasons, namely to provide time that he can dedicate to helping his wife start up a new business in California. 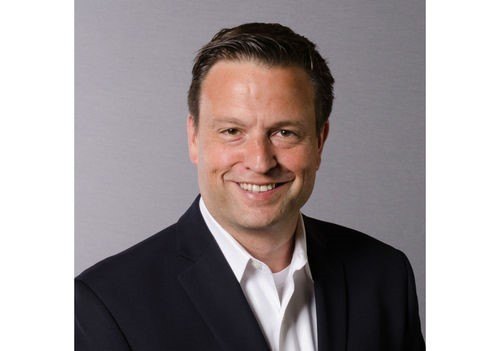 Dan Whalen is departing Adtran just as the cable access network market is being reshaped and vendors jockey for position to be the next major market player.

Whalen said he would also use the next few months to reevaluate the next chapter of his telecom/cable industry career.

As Adtran’s chief product officer, Whalen was responsible for products “from concept to delivery,” and was expected to help the vendor plant deeper roots into a cable market that continues to adopt more fiber-based access network technologies in a targeted fashion, including in new-build/greenfield areas.

Adtran has no immediate plans to replace Whalen. “Dan recently left ADTRAN to pursue other interests,” the company said in a statement. “We wish him the best. We do not plan to backfill his role at this time.”

Cable access vendor landscape is changing
Where Whalen, formerly the head of Arris’s Network & Cloud unit and an exec also late of Cisco, might land next is a topic of industry chatter and speculation. But his departure does come at a time in which the cable access market is being reshaped through recent M&A activities, new technology and product partnerships and other moves by vendors that are jockeying for position and attempting to jump up in the general pecking order.

CommScope remains the industry’s big dog, but a wave of recent activity could leave room or another supplier (or two) to take over a secondary spot that has long been held by Cisco Systems. And it’s possible that at least one of those companies might be in search of experienced leadership to get them there.

Speaking of Cisco, its long-term focus on a cable access network business that still includes certain network hardware (such as nodes and converged cable access platform chassis) and networking software remains a topic of speculation. Cisco’s been slowly separating itself from the cable tech market in recent years it sold its CPE business to Technicolor in 2015 and, more recently, struck a partnership that enables ATX Networks to take over Cisco’s cable amplifier business. Industry sources believe there are more moves to come.

Plus, there are big changes underway at ATX that extend beyond its new Cisco partnership it’s seeking a new CEO after Charlie Vogt left to take the reins of Dasan Zhone (recently rebranded as DZS).

Canada-based Vecima is also poised to make a bigger run at the market after acquiring Nokia’s cable access business. Harmonic, meanwhile, has become a more prominent player in next-gen cable and fiber access networks with CableOS, a virtualization platform that has established a solid position at Comcast and recently gained a foothold at Vodafone.

Though cable CPE has not been Whalen’s focus, there’s upheaval in that piece of the market, too, following MaxLinear’s acquisition of Intel’s home gateway unit.