Dave Mayo was hired around nine months ago to oversee the physical construction of Dish Network’s planned 5G network.


In recent weeks, he has assembled the leadership team for Dish’s four network regions, an operation that now spans close to 1,000 technicians, engineers and others around the US.


And, as Dish chief Charlie Ergen explained, one of Mayo’s top goals in 2021 will be to light up at least one “NFL city” by the end of the third quarter on the way to meeting Dish’s overall 5G coverage targets. 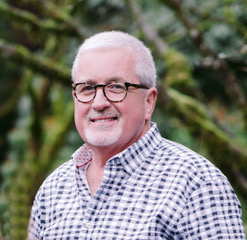 
This interview has been edited for clarity and brevity.


Light Reading: How is the Dish 5G buildout progressing?


Mayo: I actually feel really good about it. We’re hired all of the four regional VPs. The 36 market leaders are all hired and in place and in the process of building their teams. And I would say that most of that next level of leadership has been hired and is either onsite or in process to be onsite shortly.


We’ll continue to build the organization, but I feel actually pretty good about where we are.


Light Reading: Who will be handling the physical work of hanging Dish’s 5G radios atop its towers?


Mayo: We’ll have the tower companies do what I call “soft cross work.” So that’s everything through to a permit. And then in most cases we’ll outsource the actual physical deployment to a third party. In some cases, that may be the tower companies. And in other cases, it will not be.


Light Reading: And most of those radios will be on standard macro cell towers, right? Rather than small cells?


Mayo: That’s right. If you think about our frequencies, we’ve got midband and lowband frequencies. And for an initial deployment, obviously the most expedient way with the benefit of lowband frequencies will be to utilize the vertical real estate that exists, and towers are much easier to build than rooftops, small cells.


Generally speaking, it takes seven to ten small cells to cover the same geography as a macro site. That being said, I think there are places in some of those more difficult markets where we will have to leverage small cells.


Light Reading: Can you provide any firm numbers for Dish’s small cell plans?


Mayo: I don’t have a number on that.


Mayo: We believe that we have ample supply of radios on order and in the pipeline to meet our build requirements for 2021. And I have no reason to believe that for 2022 we won’t be in a similar position.


Light Reading: Dish Network recently acquired spectrum in the CBRS band and the C-band. Will Dish need to upgrade its radios to include these spectrum bands?


Mayo: We won’t upgrade the radios necessarily, but we may upgrade specific sites to include incremental frequencies.


Light Reading: So Dish’s current radios do not support CBRS?


Light Reading: Will Dish make use of cloud computing technologies to operate its network? And would the company consider running network operations in the public clouds operated by the likes of Microsoft and Amazon?


We’ve got data centers that we’ll use, and we’ve got plans to augment those data centers with additional data centers to the extent that we aren’t comfortable or aren’t happy with moving forward with a public option.


Light Reading: Can you talk about the kinds of speeds Dish’s 5G network will support?


Mayo: It’s early days. We’re really comfortable with the performance of the radios, the software vendors. We’re still working through some integration tasks. But we feel, with the spectrum position that we have, that we will have a competitive product.


Light Reading: Rakuten in Japan has talked about how it hopes to use open RAN and other technologies to build and operate a 5G network at a much lower cost up to 40% when compared with existing, established providers. Is Dish expecting similar cost savings?


Mayo: I think we’re significantly advantaged for a couple of reasons. One is, we don’t have a legacy. We don’t have a 3G network and a 4G network to take care of. We’ve got just a 5G network that we’re deploying, and as a consequence it is far less expensive to deploy one technology than it is multiple technologies.


Second is, we’re pretty optimistic about open RAN and its ability to do a number of things. One is to give us the ability to automate workloads and optimize the network in a materially different way than it’s been done in the past. And the loading on the towers is not anything close to what our competitors are loaded on, with multiple technologies, which I think will give us a cost advantage.


Fiber is pretty comfortable. Others have really worked the cost curve on that over time. And I think we’re seeing good results on our fiber pricing. I think we will be extremely competitive there. So I don’t think there’s any one thing; I think there are just a number of things that contribute to what we believe is going to be a cost efficiency relative to the legacy carriers.


Light Reading: Do you want to put any numbers on that savings?