Posted at 15:34h in by fiberguide 0 Comments

Investors are cooing over Telecom Italia’s latest financial results and planned renaissance. The Italian incumbent’s share price was up 7% in Milan as workers slurped their morning espressos. That was probably because net profit soared sixfold, to about 7.4 billion ($9 billion), after a juicy income tax gain. Unlike some other European operators, Telecom Italia promised to maintain dividends.

It is full of southern European swagger, too. Its strategic plan for the next three years targets growth in sales and earnings, even before accounting for currency movements and takeover activity. Excitingly named “Beyond Connectivity,” it sounds like the riveting sequel to a box-office smash. Two of the main storylines are Noovle, a cloud initiative starring Google, and TIMvision, a portfolio of TV offerings that features Disney, Netflix, Sky, Dazn, Amazon and Discovery. 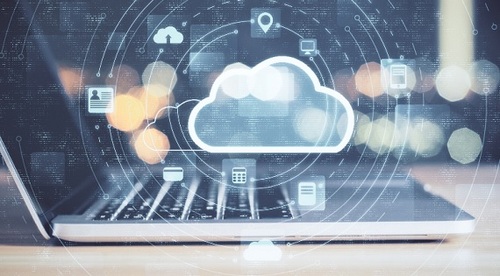 Telecom Italia is banking on the success of a cloud partnership with Google.

Worse still was the collapse in underlying earnings. What Telecom Italia calls “group organic after lease EBITDA” was also supposed to be “slightly lower” last year. It ended up falling 6.1%. Take out the “organic” and the figure crumbled like a block of Claudian masonry, dropping 17.3%, to 6.7 billion ($8.2 billion).


That was despite another hefty round of layoffs last year that left Telecom Italia with exactly 52,347 employees in December, 5% fewer than it had a year earlier. More than 13,500 jobs have disappeared from the books since 2015, when annual sales were nearly 4 billion ($4.8 billion) higher. Despite talk of “digitalization,” Telecom Italia does not look more streamlined. Last year, it made around 326,000 ($397,000) in revenues for each employee roughly the same as it generated back in 2014.

Dangerous rivals and an unhelpful government

Why the collapse in revenues? Ignoring divestment activity, Telecom Italia has clearly been hurt by competition in Italy’s mobile market following the 2018 arrival of Iliad, a Gallic upstart with a low-cost modus operandi. Despite its best efforts, Telecom Italia lost more than 1.2 million mobile customers (of the human variety) in 2020, finishing that year with about 19.8 million altogether. An average mobile customer spent about 12.60 a month in 2019. Last year, spending fell to 12.10.

Telecom Italia cannot take all of the blame for these disappointments. Italian authorities showed a complete disregard for the financial wellbeing of operators, or their ability to compete on a level playing field, when they engineered a 5G spectrum sale in 2018 to raise 6.6 billion ($8 billion), dramatically more than other European auctions. A merger between 3 Italia and Wind Telecomunicazioni promised to reduce price-based competition until the regulator bundled in. Its condition that operators must sell assets to Iliad effectively sabotaged the deal from the outset. More recently, the pandemic has put a squeeze on the entire market.

“Beyond Connectivity” is probably not going to be a major restorative, though. It sounds like a movie where an A-list supporting cast provides all the excitement and magic while the B-list director merely fetches equipment and points the camera. Noovle is a case in point. Introduced to the world in January, the wholly owned cloud subsidiary is effectively a partnership with Google. Telecom Italia contributes data centers, local knowledge and, well, connectivity. Google brings the dazzle, including the software platforms that will support customers.

That does not mean Noovle is a dumb idea. Fighting Google for cloud business would probably be futile. The share of Europe’s cloud market served by European companies has fallen from 26% to 16% since 2017 as US giants have advanced, according to the Synergy Research Group. Noovle, meanwhile, made revenues of about 500 million ($608 million) in 2020 and Telecom Italia is targeting twice that and an underlying profit of 400 million ($487 million) by 2024. Based on public cloud valuations, a spin-off could attract a higher valuation than the rest of Telecom Italia. That could help the operator realize its latest target to reduce net debt to 16.5 billion ($20.1 billion) this year, down from 18.6 billion ($22.6 billion) in 2020.

FiberCop could also support that objective. Under this plan, Telecom Italia would spin off its fixed network assets and sell a 37.5% stake in the business to KKR, an investment firm. Pending government approval, that entity could eventually be merged with Open Fiber, a state-backed wholesale operator. An earlier divestment of towers has already helped to make the balance sheet look more respectable.

Unfortunately, none of this is very compelling. It has Telecom Italia playing the part of the debt-ridden landowner selling property to satisfy his creditors. And when there is nothing left to sell, it will depend on relationships with US technology giants and content companies more than it has ever relied on partners before. Investors were in a cheery mood this morning, but Telecom Italia’s share price is down 57% in the past five years. Halting the long-term decline may call for more than today’s updates.