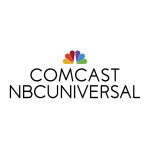 Posted at 13:00h in by fiberguide 0 Comments

Demo Day for the Philadelphia-based accelerator focused on connectivity, media, and entertainment marks the conclusion of the program; Eight Startups Land Partnerships with Comcast NBCUniversal Companies
PHILADELPHIA–(BUSINESS WIRE)–Eleven tech startups from around the world that are building innovative connectivity, media, and entertainment technologies pitched their companies to hundreds of investors, mentors, and Philadelphia’s tech and startup community on Thursday during Demo Day, which marked the finale of the second class of the Comcast NBCUniversal LIFT Labs Accelerator, powered by Techstars.

During Demo Day, eight of the 11 companies announced that they either completed or are working on proofs of concepts or pilot projects with Comcast NBCUniversal as a result the accelerator. Additionally, one company, NICKL, decided to relocate to make Philadelphia its new headquarters.

Throughout the accelerator, the diverse set of founders – of which more than half are women or people of color – benefitted from talks with other successful entrepreneurs, media training, pitch practice in front of producers from CNBC, and hundreds of business development meetings.

“It has been such a fantastic experience for all of the Comcast NBCUniversal mentors to work side-by-side with these dynamic companies to help them grow and launch their businesses,” said Sam Schwartz, Chief Business Development Officer, Comcast Cable. “The Founders of these promising startups have an incredible passion and drive, and we are so excited to see what’s next for them.”

“Today marks the culmination of the 11th program I’ve run at Techstars,” said KJ Singh, Managing Director, Comcast NBCUniversal LIFT Labs Accelerator, powered by Techstars. “Having invested in over 100 companies during my tenure and run more programs than anyone else at Techstars, past or present, this is without a doubt the class I am most excited about. These 11 companies were able to achieve so much more because of their access to mentorship from both the broader Techstars network and the decision-makers within every business unit at Comcast NBCUniversal and Sky.”

The startups that participated in Demo Day, and some of their notable accomplishments during the accelerator, include:

edisn.ai delivers interactive and personalized content to sports fans by applying its AI-powered player recognition engine to live video streams in real time. The team launched a pilot project with Comcast’s Watchwith Xfinity platform to deliver interactive content for football games and will leverage this capability for other kinds of content going forward. They are also in pilot discussions with NBC10 and Telemundo62 Philadelphia for sports and news content, and with Universal Pictures for entertainment content.
Founders: Ashok Karanth (CEO) & Akshay Chandrasekhar | Bangalore, India

Messy.fm is the all-in-one podcasting solution for businesses, brands, and individuals to record, edit, and publish unlimited episodes for free. The company has grown its number of shows by 28 percent and added a number of paid partnerships with teams at Comcast NBCUniversal.
Founder: Molly Beck (CEO) | Los Angeles, CA

NICKL creates a pass that helps enterprise teams get past paywalls on articles across the web. Employees stay in the know while employers save money. NICKL Passes will soon be offered as a perk to thousands of Comcast employees and their dependents. It also added 200 paying corporate customers during the course of the program. As a result of the accelerator, NICKL has relocated its headquarters to Philadelphia.
Founder: Sumorwuo Zaza (CEO) | Philadelphia, PA

Pivan Interactive provides advanced training and analytics for competitive gaming athletes, powered by computer vision and AI. Pivan launched their first product, Uncanny.gg, and they were able to systematically prove out an effective customer acquisition strategy. They have partnered with Comcast Spectacor’s new esports joint venture, T1 Entertainment & Sports, to develop data-driven tools and provide unique analytics targeted at the organization’s professional players. They are also in discussions with the Philadelphia Fusion around a future partnership involving both the team and the newly announced Fusion Arena.
Founders: David Sturgeon (CEO) & Constantine Tsang | Boulder, CO

Respeecher uses AI technology to transform voices, allowing one person to speak in the voice of another. During the program, Respeecher built relationships with partners that cover over 75 percent of the U.S. entertainment box office and over 40 percent of the audiobooks market. They were also able to improve their product, which now requires five times less time for converted speech delivery.
Founders: Oleksandr Serdiuk (CEO), Grant Reaber, and Dmytro Bielievtsov | Kyiv, Ukraine

Sporttrade is a financial exchange for sports. Since the start of the accelerator, Sporttrade has signed a letter of intent with an institutional trading entity, which has agreed to be a designated market maker on the Sporttrade exchange when it launches.
Founders: Alexander Kane (CEO), Greg Scott, & Henry Fuz | Philadelphia, PA

Struct Club elevates how music-inspired fitness instructors choreograph and deliver classes. The team welcomed its first paying customers, piloted the platform in the Comcast Technology Center’s Fitness Center, and maintained 10 percent weekly growth of instructors on average. The company launched a wave of new features as well as a partnership with the Women in Fitness Association, called Struct Scholars, to accelerate the careers of diverse emerging women in the fitness industry.
Founder: Amira Polack (CEO) | Los Angeles, CA

TakeShape is building a platform that helps developers combine and streamline the growing number of application programming interfaces (APIs) that provide critical functionality to their web projects. TakeShape has signed a Letter of Intent to work on a project with Universal Pictures and is already working with a number of teams across Comcast NBCUniversal on potential longer-term projects.
Founders: Mark Catalano (CEO) & Andrew Sprouse | Brooklyn, NY

The GIST provides sports content, experiences, and community for women. They successfully launched across the U.S. and in Philadelphia in September. Since launch, they’ve grown their community of “GISTers” more than 10 percent each week with engagement rates remaining over triple the industry average for their twice-weekly newsletter.
Founders: Roslyn McLarty, Jacie deHoop, & Ellen Hyslop | Toronto, Canada

Comcast NBCUniversal LIFT Labs Accelerator, powered by Techstars will begin accepting applications for its third class in January 2020. Founders from around the world who are serious about developing the next generation of connectivity, media, and entertainment companies are encouraged to apply for the accelerator, which will begin in July 2020 in Philadelphia.