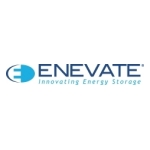 Posted at 09:00h in by fiberguide 0 Comments

IRVINE, Calif.–(BUSINESS WIRE)–Enevate Advisory Board Member John B. Goodenough has been awarded the 2019 Nobel Prize in Chemistry. Goodenough and his two colleagues were recognized by the Nobel Committee for the development of lithium-ion (Li-ion) batteries.

“Li-ion batteries have revolutionized our lives and are used in everything from mobile phones to laptops and electric vehicles. Through their work, this year’s Chemistry Laureates have laid the foundation of a wireless, fossil-free society,” the Nobel Committee said.

Congratulations to John B. Goodenough, Akira Yoshino, and M. Stanley Whittingham for winning the Nobel Prize in Chemistry. We wouldn’t be here if not for all your hard work. I know the entire field is standing on the shoulders of giants and it’s truly amazing that you finally get recognition.

For your contributions, it’s not just battery industry people like me that can feel the impact. Anybody today can open their eyes and can spot at least one device with a Li-ion battery wherever they are in the world. Your contributions have made a lasting impact and continue to accelerate humanity’s capabilities.

John, a special thanks to you for all your insight being on the technical advisory board of Enevate.

Dr. Goodenough, a graduate of Yale University with a degree in mathematics and a PhD in physics from the University of Chicago, is considered one of the chief innovators of Li-ion battery technology. He holds the Virginia H. Cockrell Centennial Chair in Engineering at the University of Texas at Austin, and has amassed numerous honors and awards including the U.S. National Medal of Science and the Enrico Fermi Award from the U.S. Department of Energy. He is a member of the U.S. National Academy of Engineering, a Foreign Associate of L’Academie des Sciences de L’Institut de France and Foreign Member of the Royal Society of Great Britain.

He joined the Enevate Advisory Board in 2010.