In a deal that signals more consolidation for the data center and edge network sector, EQT Infrastructure has struck a deal to acquire EdgeConneX.

Financial terms were not disclosed, but the deal paves the way for EQT to absorb an EdgeConneX footprint that spans more than 40 computing facilities in 33 markets in North America, Europe and South America.

EQT, which is acquiring EdgeConneX from an investor group led by Providence Equity Partners, pledged to support EdgeConneX’s “material” plans to expand into new markets and to expand the capabilities of its existing locations. They expect to close the deal in the fourth quarter of 2020. 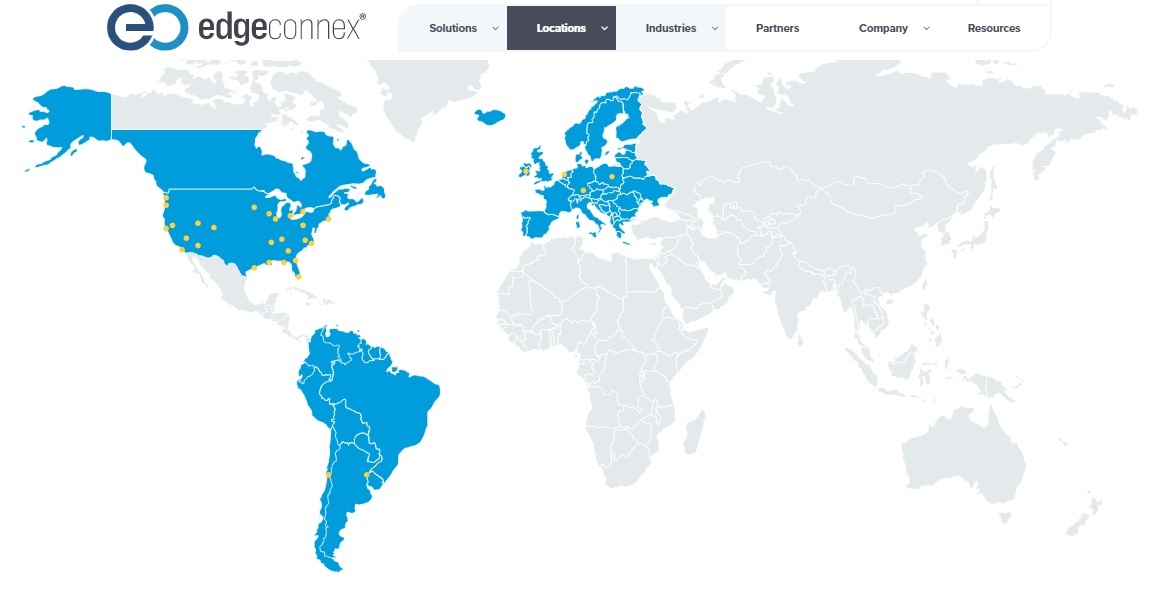 EdgeConneX CEO Randy Brouckman, who will continue to lead the company after the deal is closed, echoed that EQT will bring “significant financial resources” and the digital infrastructure industry experience necessary to help EdgeConneX accelerate its growth plans and invest in data centers around the world.

The deal also aims to better position EQT – part of a group that acquired Zayo Group Holdings earlier this year – in a cloud and edge network services market that is evolving to support 5G networks and latency-sensitive apps and services such as virtual reality, augmented reality, autonomous vehicles and cloud gaming.

“This partnership represents an exciting opportunity for EQT in a sector and geographies where we have significant experience,” Jan Vesely, partner at EQT Partners, said in a statement.

A deal long in the making
That EdgeConneX found a suitor isn’t a huge surprise. Bloomberg reported last October that EQT was in talks to buy EdgeConneX in a deal worth at least $2.5 billion.

Additionally, speculation swirled in the early part of 2019 that EdgeConneX had hired investment bankers to explore strategic alternatives or an outright sale. Privately held EdgeConneX shot down those rumors, noting that there was no formal, active process underway at the time, adding that EdgeConneX was seeing strong organic growth and that the company was fully funded from an equity standpoint as it pursued opportunities in 5G and the Internet of Things.

Founded in 2009, EdgeConneX’s past investors include Akamai, Cox Communications, Ciena and Comcast Ventures.

The EQT-EdgeConneX deal builds on other M&A activity in the sector, following Equinix’s recent deals for Packet and the acquisition of certain data center assets from Canada’s BCE for about $750 million.

Meanwhile, major cell tower companies such as SBA Communications and American Tower are also ramping up investments and a general expansion into edge computing.