One year ago, Huawei was the pestilent squatter US authorities simply could not evict from Europe’s networks. The region’s operators rejected Trump’s characterization of the Chinese vendor as a dirty thief, listing its many virtues. An eviction would be too costly, they also complained. Attentive governments, worried about losing the 5G race, were firmly on their side.

But after some tightening of US sanctions and Trumpian threats to non-compliant European governments, Huawei is being steered toward the exit. Not overtly, sometimes. While the UK has officially banned Huawei from selling 5G products after this year, demanding that networks be entirely scrubbed clean of Chinese products by 2028, other countries and service providers are taking a more subtle approach. Yet the outcome will be the same: the withdrawal of Huawei from most of Europe.

Sanctions, and not political threats, have probably been the main difference. Last year, when it was stopped from buying components made on American soil, Huawei exploited loopholes to protect its supply chains. Newer measures that bar it from acquiring any components made with US tools or software look more calamitous. In a recent blog, Richard Windsor, an analyst with Radio Free Mobile, said that “no one can make a silicon chip without using a piece of equipment or software from a US company.”

It’s my way or Huawei 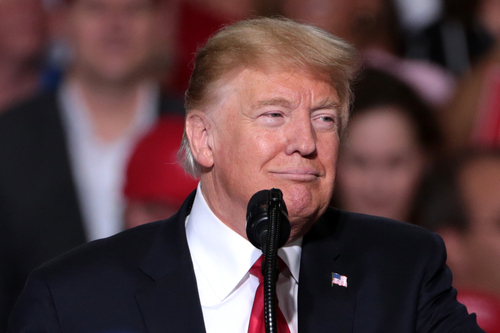 US President Donald Trump has turned the European tide against China’s biggest maker of network equipment.

There are just two possible scenarios. The less likely one is that sanctions prove fatal to the Chinese equipment giant, undermining its foundations while it struggles to find alternative components. This risk has appeared to grow with recent reports that US authorities are preparing sanctions against SMIC, a Chinese semiconductor fabricator reliant on US technology. As things stand, SMIC is probably Huawei’s best alternative to TSMC, a Taiwanese fabricator that has already halted supplies.

More probable is that sanctions weaken Huawei, forcing it to fall back on sub-par components when its current stockpiles run out in the next year. Either way, for European governments and service providers, the danger posed by a weakened or dying Huawei now outweighs any lingering concern about eviction costs and a near-term loss of 5G competitiveness. Even if Huawei’s technology is superior to rival products, any technical edge is likely to vanish during a components blockade.

The subtle knife
European efforts to evict Huawei have taken numerous forms. Rather than banning it outright, as the Brits have done, French authorities will reportedly decline to renew the Chinese vendor’s regional equipment licenses when they are due to expire. Huawei currently provides about half the radio access network (RAN) equipment used by each of SFR-Numericable and Bouygues, two of France’s four mobile network operators, according to Strand Consult, an advisory group. If the reports are accurate, those service providers will have until 2028 to find alternatives. Orange and Iliad, their rivals, already rely entirely on Sweden’s Ericsson and Finland’s Nokia, Huawei’s main rivals.

Elsewhere, operators rather than governments are taking the initiative. Spain’s Telefnica has adopted the Trumpian definition of “clean network” as one that does not include untrustworthy Chinese vendors. Its networks in Spain and the UK are already “fully clean,” said CEO Jos Mara lvarez-Pallete Lpez, in a recent statement. Those in Germany and Brazil will be disinfected in the near future, he promised. In the former, that will mean swapping out roughly half the existing RAN, according to Strand Consult’s data.

UK operators (along with Huawei) have grumbled about the exorbitant costs and service blackouts that would result from rapidly switching to a different supplier. The issue is not just 5G, which is still not widely deployed in many markets, but the swap-out of interdependent 4G networks as well, they say.

Several experiences, albeit in smaller markets, suggest it would not be so disruptive, however. In Norway, Huawei itself previously managed a 6,000 cell-site migration in just ten months. Denmark’s TDC as well as the Norwegian arms of both Telenor and Telia are now switching from Huawei to Sweden’s Ericsson.

Given the time allowed by UK and possibly French authorities, operators may have little cause for concern. In a recent research note, Barclays, a bank, said that “most equipment is renewed every five to seven years, and so the net impact of a swap should be limited, and included in maintenance capex.” It hailed TDC as a “good example, with two full network swaps in the past ten years, and no discernible impact on capex.”

Even more heavily reliant on Huawei than Telefnica, German incumbent Deutsche Telekom has urged authorities not to copy the UK with a ban. Yet Timotheus Httges, the operator’s CEO, also wants Germany’s government to mandate the use of open RAN (O-RAN) in future telecom legislation. This unproven but increasingly popular technology would open up the interfaces that currently restrict operators to one vendor’s system at a particular radio site. It promises to boost competition, lower costs and spur innovation. But any legal requirement would mean replacing Huawei, which is not and has shown almost no interest in becoming O-RAN-compliant.

Why would an operator so dependent on Huawei back legislation that could lead to its removal? Httges probably realizes the game is up for one of his biggest suppliers. China’s recent aggressive behavior in Hong Kong and India has turned many European officials against the Asian superpower and its corporations. US sanctions have potentially sabotaged Huawei’s business. The sensible approach for Httges is to bid for more time. And any reasonably clued-up politician will accept that O-RAN needs several years to mature.

Exit strategy
All this means four of Europe’s largest national incumbents BT, Deutsche Telekom, Orange and Telefnica have a feasible exit strategy from Huawei in their biggest markets if they are not already what Trump would call “clean.” Another has reportedly played down the hassle of ditching the Chinese vendor. Just last week, Luigi Gubitosi, the CEO of Telecom Italia, said he was confident his business could manage a 5G rollout sans Huawei in the event of a government ban. Some 55% of Telecom Italia’s radio access network today comes from Huawei, according to Strand Consult.

To the northeast, Poland this week passed new legislation to exclude risky suppliers. The Warsaw Institute, a Polish think tank, says the various criteria used to assess this risk “clearly indicate that the planned legislation is targeted at Huawei.” If the company is eventually designated a “high-risk” vendor, “mobile network operators will be required to stop purchasing the company’s equipment and withdraw the equipment already in use within five years,” says the Warsaw Institute.

This could be devastating to Huawei. Strand Consult’s report indicates that three of Poland’s four mobile network operators are major RAN customers, with each using Huawei’s products across no less than 70% of its network. Poland is also a major site from which Huawei serves a number of other markets in the region, although whether a ban would threaten this facility is unclear.

An eviction on this scale would put a massive hole in Huawei’s annual revenues. Last year, the company’s entire business in Europe, the Middle East and Africa, including its consumer and enterprise divisions, made about $30.2 billion in sales, and a major slice of that will have come from deals with telecom operators in Europe. Yet Huawei’s overall sales in 2019 were a colossal $126 billion, and as much as 60% of that came from China, whose giant, state-backed operators will always use Huawei in preference to Western rivals. If Huawei can survive the latest US sanctions, a European exodus alone would not finish it off.

It would, however, mean there are billions at play for European and other rivals. Ericsson has been the main beneficiary so far, landing several projects with smaller operators in northern Europe at Huawei’s expense. But Nokia is desperate to show it still counts after running into 5G product difficulties last year. And both will face competition from South Korea’s Samsung, now keen to establish itself in Europe’s 5G RAN market, as well as smaller firms touting O-RAN products. New tenants are moving in.