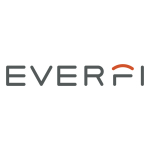 Posted at 18:29h in by fiberguide 0 Comments

Goldman Sachs selected Davidson as one of 100 entrepreneurs from multiple industries to be honored at the three-day event. Davidson is the founder and CEO of EVERFI, Inc., the leading provider of educational technology for some of society’s most pressing challenges. Since starting the company in 2008, Davidson has led EVERFI from a startup in a D.C. apartment to an international organization with more than 4,300 customers comprised of Fortune 500 companies, top financial institutions, sports leagues, and highly-regarded colleges and universities. EVERFI recently announced its first international acquisition of London-based EdComs, a company specializing in education that drives social change and brings critical skill education into the classroom.

This marks the third time that Davidson has received this recognition from Goldman Sachs. He previously won this award in 2012 and 2018.

“I am honored to be recognized among such an accomplished group of entrepreneurs,” said EVERFI Founder and CEO, Tom Davidson. “Our team has a passion for driving lasting social change and it has been a true privilege to take on some of our most pressing challenges with them. More than anything, this is a testament to the team we have built and our laser focus on building a better society for all.”

“True innovation is built from a diversity of perspectives and experiences,” said David M. Solomon, Chief Executive Officer of Goldman Sachs. “Our Builders + Innovators Summit brings together a collective of impressive future leaders who are striving to drive meaningful change. For 150 years, Goldman Sachs has supported entrepreneurs as they launch and grow their businesses. That’s why we are pleased to recognize Tom Davidson as one of the most intriguing entrepreneurs of 2019.”

In addition to honoring 100 entrepreneurs, the summit consists of general sessions and clinics led by seasoned entrepreneurs, academics, and business leaders as well as resident scholars.

EVERFI is an international technology company driving social change through education to address the most challenging issues affecting society ranging from financial wellness to prescription drug safety to workplace conduct to name a few. Founded in 2008, EVERFI is fueled by its Software-as-a-Service (SaaS) community engagement platform and has reached more than 30 million learners globally. EVERFI powers community engagement across the spectrum in a sustained manner to empower individuals and organizations to make an impact within their communities. The company also convenes Networks to bring together financial institutions, colleges and universities, and some of the largest corporations to leverage insights and connections to drive impact. Some of America’s leading CEOs and venture capital firms are EVERFI investors including Amazon founder and CEO Jeff Bezos, Google Chairman Eric Schmidt, Twitter founder Evan Williams, Advance Publications, Rethink Education and Rethink Impact. To learn more about EVERFI visit everfi.com or follow us on Facebook, Instagram, LinkedIn, or Twitter @EVERFI.
Contacts
Nicole Sharp
Goldman Sachs
[email protected]