From Instagram to TikTok: How social media evolved this decade 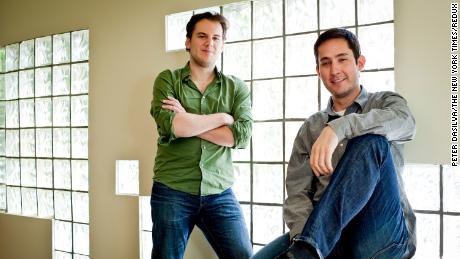 20 Dec From Instagram to TikTok: How social media evolved this decade

Instagram racked up over 100,000 users in less than a week, making it one of the fastest growing apps ever at the time. By December, it had hit 1 million sign-ups. Instagram cofounder Kevin Systrom predicted at the time that “communicating via images” would “take off” in the years to come. By the end of the decade, Instagram had more than 1 billion users and was part of one of the most valuable tech companies in the world. But it’s also working to beat back a newer rival — TikTok — which is growing fast and looks as novel as Instagram did in the early 2010s.Instagram’s evolution throughout the decade mirrors the evolution of the broader social media landscape over that time. It started out as a runaway success in the App Store at a time when small startups still appeared to have a fighting chance to compete with more established companies. In 2012, it got acquired by Facebook (FB) for a then-astounding $1 billion in a sign of the consolidation to come across the tech industry. In recent years, Instagram has been copying features from rival networks such as Snapchat (SNAP) and TikTok to adapt to shifting user habits. Like its parent company, Instagram has also had to confront the dark sides of its platform, from misinformation to online bullying.”When Instagram started, it was primarily about following people without their approval, it was about sharing permanent photos with a wide group of people, and it was about sharing relatively frequently,” said Josh Miller, a former product lead at Facebook. Now, Instagram — like so much of the social media industry — is focusing on ephemeral posts, experimenting with 15-second music videos and offering options to share privately rather than just publicly.

How the social media landscape evolved in the 2010s: A Timeline

2010: Instagram launches in October of this year and quickly tops one million users.

2011: Snapchat and Google Plus launch. Only one of them would survive the decade.

On the eve of its IPO, Facebook agrees to acquire Instagram for $1 billion, a staggering sum at the time.
Facebook hits one billion monthly active users, a milestone figure that highlights its staggering reach. By the end of the decade, it would have well over 2 billion active users.

Twitter goes public but hits a rough patch on Wall Street as investors realize the size of its audience will never compare to Facebook.
The Wall Street Journal reports Snapchat turned down a $3 billion acquisition offer from Facebook.

2014: Facebook buys WhatsApp for a staggering $22 billion, consolidating its power over the social media market.

2015: Social network Friendster shuts down citing “the evolving landscape in our challenging industry” and the online community not “engaging” as much as it had hoped.

2016: Facebook, Twitter and Google come under fire for the role that their platforms played in spreading misinformation during the 2016 presidential election.

A time before Facebook was the only game in townAt the time of Instagram’s launch, Facebook was a major player in social media, but nowhere near as dominant as it is today. Other tech giants, including Google (GOOG) and Apple (AAPL), were also trying to make their own social networks. Snapchat launched in 2011, and Twitter went public in 2013. It felt like a lot of social networks could coexist. But with just 24 hours in a day, users only had so much attention to go around and Facebook proved to be very masterful at garnering it.Google has since shut down Google+, and Apple’s music-focused social network Ping never took off. Twitter’s audience stalled around 300 million monthly users, a far cry from Facebook’s 2.45 billion monthly users. Snapchat — which arguably set the tone for the decade by pioneering disappearing content — has proved to be more niche than mainstream.”When Snapchat launched, it presented a totally different way of communicating,” said eMarketer principal analyst Debra Aho Williamson. “What ended up happening, is Snapchat has to a great extent changed the way young people communicate, but it hasn’t taken off with the older groups the way Facebook ended up taking off.”By the end of the decade, the industry has consolidated quite a bit. Following its acquisition of Instagram, Facebook bought messaging platform WhatsApp for $22 billion in 2014. Facebook also reportedly tried to buy Snapchat for $3 billion in 2013, but founder and CEO Evan Spiegel declined.In the second half of the decade, a number of social media applications did launch, but unlike Instagram and Snapchat, they never were seen as true competitors to Facebook. Their names — Ello, Peach, Meerkat, Mastodon, Vero — are little more than footnotes now. For a time, it looked like Instagram would still maintain its independent spirit even after it was acquired. “Facebook let Instagram be this little island that was pumping out standalone apps and doing things a bit differently than Facebook,” said John Barnett, who joined Instagram in 2014 as a product manager when it employed fewer than 75 people.But that wouldn’t last. In 2018, Instagram cofounders Systrom and Mike Krieger left the company reportedly because of tensions with Facebook CEO Mark Zuckerberg over the direction of Instagram. Facebook recently added the words “from Facebook” to the Instagram app and now refers to Instagram’s public relations staff as “Facebook Company” spokespeople. With Instagram, WhatsApp, Messenger and its eponymous app, Facebook boasts four platforms that each have more than 1 billion users. It is so dominant that a growing chorus of politicians are now calling for Facebook to be broken up. Democratic presidential candidate Elizabeth Warren has suggested Facebook should spin off Instagram in particular. Facebook’s reputation also took a major hit after revelations that Cambridge Analytica obtained the personal data of as many as 87 million Facebook users, sparking a major privacy awakening across tech. The rise of TikTokAs the decade came to an end, social media companies found themselves on the defensive. Once seen as useful and playful ways to keep in touch with friends and family, social networks faced a wave of criticisms for spreading misinformation, enabling election meddling and failing to protect user privacy — not to mention concerns about screen-time addiction and online bullying. As a result, Instagram and Facebook are rethinking “likes” and their impact on mental health, Twitter is working on improving well-being, and YouTube has started abbreviating subscriber counts on the platform to help address concerns from its star creators about stress. The belief that connecting people and building platforms to share information are fundamentally good was challenged again and again.It was against this backdrop that TikTok began to take off. Launched in 2016, TikTok is all about viral content and racking up lots of views and likes. It’s reminiscent of Vine — a popular six-second video service acquired by Twitter that was shut down in 2017. Users share videos of themselves doing things like cooking, dancing and lip-syncing. They often feature music in the background. Like Instagram, users can follow other people and “heart” or comment on videos. But the similarities stop there.Natalie Bazarova, an associate professor at Cornell University who studies social media, said TikTok is “totally different” from Facebook and Instagram. “There is nothing there about building social connections,” she said. “It’s about using algorithms to find content that will hold your attention. It’s an entertainment-based platform.” That differentiation has made it a hit: TikTok has been installed nearly 1.6 billion times globally to date, according to data from Sensor Tower.(Ironically enough, it’s partly because of Instagram that TikTok gained traction. The startup flooded its competitors with ads.) Facebook — and Instagram — have taken notice of TikTok’s success and have released their own copycats of the app. In 2018, Facebook launched an app called Lasso, which lets users create and share short videos with music and camera effects. Earlier this year, Instagram launched a new tool called “Reels” in Brazil, for sharing 15-second videos with music. How social media will evolve in the decade to comeFor ABI Research analyst Eleftheria Kouri, advancements in technology this decade drove the biggest changes in social media, from better smartphone cameras and augmented reality to faster connectivity that allows people to upload Stories or TikTok videos in seconds.Looking ahead, she believes 5G technology has the power to advance social media even further, and make way for more interactive content and immersive games. Miller, the former Facebook product lead, believes the next decade will get people closer to feeling like they’re in the same room as people far away. “Many of our social media experiences are an imperfect replacement for being with someone in person,” he said. “It’s hard to predict what hardware advances will bring, but I’m hopeful that one day I’ll sit down in my apartment in Brooklyn, and I’ll look across my dining room table, and I’ll be able to have dinner with my mom in Los Angeles, sitting across from me.”