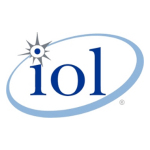 Posted at 08:09h in by fiberguide 0 Comments

Broadband Forum Open Broadband Labs help CloudCO move “off the paper” and into implementation and testing
DURHAM, N.H.–(BUSINESS WIRE)–#BBWF–The University of New Hampshire InterOperability Laboratory (UNH-IOL), an independent provider of broad-based testing and standards conformance services for the networking industry, today announced they have helped create the first publicly demonstrated lab instance of hosting the CloudCO architecture as a Broadband Forum Open Broadband Lab (OB-Lab). Working directly with industry partners BT, Swisscom, TIM, Altice Labs, DZS, Nokia, VMware, and EANTC, they will demonstrate the integration of the test platform which will be showcased at Broadband World Forum 2019 (BBWF) in Amsterdam, Netherlands this week.

The intention of the OB-Labs initiative is to demonstrate an open framework for cloud-based broadband for carriers globally, and bring the promise of SDN and NFV to fruition. The demo at BBWF 2019 was built from a combination of open source from the OPNFV, ONAP, and Open Broadband Access Abstraction (OB-BAA) projects and products from Nokia, Altice Labs, DZS, and VMware. A first of its kind demonstration, this implementation truly shows the power of a well-defined architecture and the agility of an open community.

Built as an example deployment of broadband services that extends an ONAP use case, the demonstration leverages the OB-BAA project to support three OLTs provided by different vendors, providing a single, common interface for the access nodes. This provides a clear path for network migration, providing operators with an opportunity to move their networks and operations to a CloudCO architecture, without the necessity of a forklift of existing equipment and infrastructure.

“At Swisscom, we strive for high levels of automation and seek for open specifications and reference architectures to build the next generation of our net-near IT platforms. Cloud CO and OB-BAA represent a realistic step towards a cloud-oriented, open standard based OSS that interacts with legacy equipment and legacy EMS, and at the same time enables the introduction of new technologies and concepts, such Access HW disaggregation. This demo is a great example of collaboration between open source and standardization communities,” said David Pérez Caparrós, Lead DevOps Engineer, Swisscom.

By helping to integrate, test, and provide upstream input to the open source community, the OB-Lab at the UNH-IOL has shown real success in the combination of open source and commercial solutions. This success is enabled by the implementation of the well defined interfaces and APIs created by the open standards and community processes. For example, the interface between the access domain controller and OB-BAA utilize NETCONF and YANG data models developed by the Broadband Forum, while the interface between the controller and ONAP have been developed by the open source community.

“This groundbreaking demo shows a true partnership between all the stakeholders – vendors, open source, and operators – and their commitment to create a path for real deployments and migrations to a software controlled access domain and the Cloud CO architecture overall,” said Lincoln Lavoie, UNH-IOL Senior Engineer for Broadband Technologies. “The UNH-IOL team worked alongside vendor teams to help develop the integrated solution needed for the demo.”

About the UNH-IOL
The UNH-IOL is dedicated to being the world’s premier data networking resource. Beginning in 1988, the UNH-IOL has built a multimillion dollar testbed and developed testing solutions to help companies efficiently and cost effectively deliver products to market. UNH-IOL’s services fit the needs of the market, while maintaining broad, comprehensive interoperability and conformance testing of networking, data, telecommunications, and storage products. The industry relies on UNH-IOL’s extensive staff experience, standards-bodies participation, 28,000+ square foot facility, and 100+ students who represent the future interoperability testing and verification.