Canadian IoT company Sierra Wireless announced that its systems were hacked over the weekend and, as a result, has shut down production at its manufacturing sites.


The company’s stock tumbled by more than 12% on the news today, falling to around $15 per share.


“The company’s website and other internal operations have also been disrupted by the attack,” the company disclosed Tuesday morning in a release. “The company believes it will restart production at these facilities and resume normal operations soon. In the meantime, Sierra Wireless asks its customers and partners for their patience as it seeks to remediate the situation.” 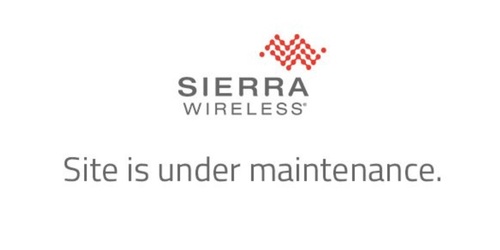 The company also said it will have to withdraw its previous forecast of around $110 million in revenues in the first quarter.


Sierra Wireless is not the only company in the telecom industry to be targeted by hackers. For example, T-Mobile said earlier this year that hackers gained unauthorized access to some of its customers’ personal information, including potentially phone numbers and call records. And in 2012, prior to Nortel’s collapse, hackers reportedly sunk their talons into the telecom vendor as far back as 2000 and never let go.


Some financial analysts acknowledged Sierra’s stumble. The company “is already facing a tight global supply chain environment that is impacting its ability to source various components and the ransomware attack does create some additional near-term challenges,” wrote the financial analysts at B. Riley Securities in a note to investors Tuesday, shortly after the company announced the hack.


Sierra Wireless isn’t the only company suffering from component supply problems amid a global shortage. Indeed, Gogo announced earlier this month that it will need to delay the launch of its planned 5G network from this year to 2022 due to problems stemming from the global chipset shortage.


The B. Riley Securities analysts stressed that the overall situation at Sierra Wireless is improving. “Despite the near-term setbacks, we remain optimistic about the trajectory of Sierra Wireless’ turnaround given the improving global demand, growing base of recurring revenue, and significant 5G opportunity in 2022 and beyond,” the analysts wrote. “We reiterate our Buy rating and believe the temporary dislocation represents an additional buying opportunity for longer-term investors.”