GEC, Plessey and STC are unfamiliar names to most people in today’s telecom market, but all three were British pioneers of telecom technology in the 20th century.

Charles Kao, who became a British citizen after moving from Hong Kong to the UK, is today revered as the “father of fiber optics” for the work he did at STC in the 1960s.

The subsequent era, when the country still had its own equipment suppliers, is remembered fondly by Howard Watson, the chief technology officer of UK telecom incumbent BT.

“I started my career at GEC in 1984,” he told a recent parliamentary committee examining the UK’s current reliance on China’s Huawei.

“We have allowed ourselves in the UK along with many other countries, including the US, to have lost the manufacturing part of the supply chain and I do look back with regret on that and think anything we can do to stimulate that for the next generation of telecom technology would be very welcome,” said Watson.

STC was eventually sold in 1991 to Nortel, 18 years before the Canadian firm went bankrupt. Plessey was bought in 1989 by a consortium that included GEC and Germany’s Siemens.

As for GEC, that eventually morphed into Marconi Communications, most of which was acquired by Ericsson in 2005. Telent, as the leftovers were branded, is a bit-part actor on today’s telecom stage. 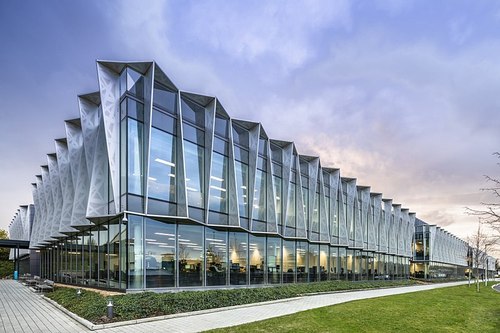 The closest thing the UK has left to a telecom technology champion is Arm, which designs the chips that power many of today’s smartphones.

Sold to Japan’s SoftBank four years ago in a 24 billion ($31.4 billion) deal, Arm has continued to operate from Cambridge and retained much of its independence. That could all now change in a flash.

Taking on Intel
Hit by enormous losses on other underperforming investments, SoftBank is now flogging some of its most valuable assets. It is reportedly in advanced discussions to sell Arm to Nvidia, a US manufacturer of graphical processing units.

That sale would compromise Arm’s neutrality and threaten its relations with licensees that compete against Nvidia. As Arm’s new owner, the US chipmaker would essentially be selling design expertise to rivals.

All this comes as the UK government frets about reliance on overseas telecom technology and the lack of homegrown 5G vendors.

While Arm is not a network equipment maker, components based on its designs represent the main alternative to Intel, another US semiconductor giant, in parts of the network and data center equipment sectors.

Arm is also active in open RAN, an umbrella of technologies that UK authorities and operators see as their best option for building an alternative to Huawei. Under planned legislation, the Chinese vendor will be unable to sell 5G products to UK operators after December 31.

In fact, Arm appears to be the only significant contributor with UK origins to the O-RAN Alliance, the group developing the intellectual property and technical specifications used in open RAN networks.

Regrettable mistake
Controversial at the time, Arm’s sale to SoftBank now seems like a regrettable mistake. In UK hands, Arm might conceivably have been a rallying point for network start-ups, software companies and 5G innovators without the risk of interference by or dependency on a foreign owner something that now worries government authorities.

In itself, it would not have provided the answer to the manufacturing decline that bothers Watson, but it could have been a welcome stimulus.

In an interview with the BBC this week, Hermann Hauser, Arm’s co-founder, urged the UK government to block a sale to Nvidia, fearing Arm would lose independence and neutrality as a division of the US firm.

But it is unclear what authorities could do. Taking Arm into some kind of public ownership is surely out of the question, especially considering the $55 billion that Nvidia might have to pay SoftBank for the company, according to reports.

Hauser thinks a public listing in London and New York is possible with government intervention.

Losing Arm to Nvidia would not be an auspicious start.