How Comcast overhauled its ops during the pandemic | Light Reading

In addition to applying AI and machine learning techniques and adding capacity to its access and core networks to stay ahead of broadband usage spikes, Comcast, like its peers, was also forced to make swift changes to its vast field operations. Those changes covered how Comcast fulfilled new service installations and handled interactions with customers and how its field techs maintained and troubleshot the network.

Comcast, the largest US cable operator, pivoted from a business-as-usual (BAU) footing to a “level five protocol” that severely limited the interaction between technicians and customers seemingly overnight as the pandemic started to take hold across the US and local governments stated to implement shut-down orders, recalls Ed Marchetti, Comcast’s senior vice president of national field operations. 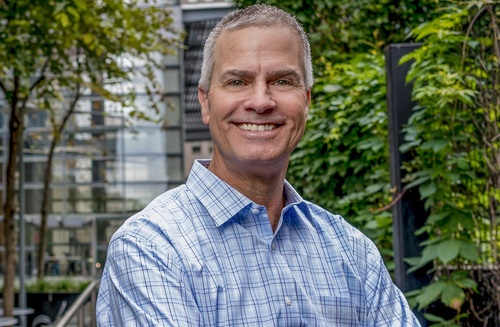 Marchetti, along with Tom Monaghan of Charter Communications, is co-chairing SCTE/ISBE Cable-Tec Expo 2020, an all-virtual event that is developing a special workshop focused on lessons learned during the COVID-19 pandemic.

By March, Marchetti said Comcast was fully aware that it was facing a critical need to practically overhaul operations of the business in a material way, including how it fulfilled orders, handled trouble calls and dealt with preventative and demand-based network maintenance.

“It wasn’t more than three weeks where we went from understanding what BAU was to agreeing on what the new protocols will be,” he said. “It seemed like it was overnight as we have so much territory across the United States. Changing it to something that’s not BAU was a big deal.”

The goal from the outset, he said, was to “thread the needle” so that Comcast kept its workforce safe and healthy while still delivering products and services to residential and business customers, he said.

Once the new processes, which included equipping field personnel with the necessary PPE, were determined, Comcast had to execute on them and onboard them to tens of thousands of technicians and other personnel that were directly linked to the operations of the business.

Comcast also pivoted quickly to a work-from-home policy to the point that about 95% of its workforce, including employees who would typically monitor the network from various NOCs (network operations centers), was shifted over. “We inverted the model,” Marchetti said.

Virtual tech system put on a fast track
The pandemic also caused Comcast to fast-track a new virtual technician experience/platform that enables customers to interact with a Comcast technician to troubleshoot and repair their connection using a smartphone camera. Comcast estimates it took a team 30 days to design, prototype and pilot the made-from-scratch platform.

Comcast also ramped up its distribution of self-install kits for customers. Rather than relying only on a traditional, slick form of those kits, Comcast accelerated this part of the fulfillment by Saran-wrapping the various piece parts of those kits gateways, instructions and required cables into a bag that could be easily dropped off to the customer.

“Inventory was fulfilled in a different way” as the vast majority of service deployments were moved to the self-install model, Marchetti said.

Comcast is also leaning more heavily on Tech360, an aggregator of apps for field techs that includes a system called “Watchtower.” The new system gives techs visibility into the network down to the CPE, and issues alerts that indicate what needs to be done at the home that’s different from what they’d do in a pre-COVID world.

The good news, Marchetti said, is that Comcast is starting to get back to close-to-BAU footing in some states where the medical data and other diagnostics indicate it’s okay to do so.

“But in other states we’re being very conservative in moving forward,” Marchetti said. “We’re being very deliberate about what we do and when we do it A year from now it may be different, but for the rest of the year we’re really running the play that we have and looking at all of the data that’s available to us to change from the COVID protocol to something near BAU.”