Scan the recently published list of organizations that have picked up spectrum intended for local or industrial use in Germany, and there are few surprises.

German carmakers Audi and Mercedes-Benz are among the companies that consented to have their details published. Thyssenkrupp, which makes elevators, is another.

Many of the names are German manufacturers that want to build and operate their own wireless networks. 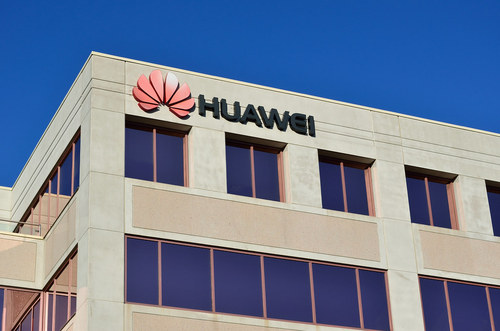 The Chinese equipment vendor is fighting to save its European networks business from officials who want it banned on security grounds.

The charge, never proven, is that its products contain spyware that allows the Chinese government to snoop on other countries.

In the UK, it will not be allowed to sell 5G products after December 31, and operators will have to remove all of Hauwei’s 5G equipment from their networks by 2028.

A debate is still raging within Germany about what to do. Meanwhile, Germany’s operators have promised not to use Huawei in the “core,” the sensitive control center of the entire 5G network.

Allowing Huawei to use valuable German airwaves for its own private 5G network seems bound to rile opponents.

Treading on the telco toes
Huawei says it is using the spectrum in the 3.7GHz to 3.8GHz range at its OpenLab facility in Munich, a kind of joint innovation center where it develops new technologies with its partners and shows them off to visitors.

“In the OpenLab in Munich, Huawei has set up an Industry 4.0 production line, a private 5G network and a data center,” said a Huawei spokesperson by email. According to some blurb on Huawei’s website, the entire facility spans an area of 475 square meters.

Should this alarm anyone? Probably not. The license covers only that facility, for one thing, and does not turn Huawei into a German telco like Deutsche Telekom or Vodafone.

It is not as if Huawei’s German employees were previously unable to use wireless network services, either. All the license does is give Huawei control of a small amount of spectrum at one of its labs.

Opponents might bristle, though. Spectrum is a valuable and finite resource, and the decision to limit the amount sold to the telcos, and instead offer this to other organizations, was controversial enough in itself.

Deutsche Telekom and Vodafone complained it would be a 5G handicap for Germany, weakening the service for the majority of its users. If Germany industry benefits, fewer might care. That Huawei profits could be another matter entirely.

The nomenclature does not help. Private wireless sounds like there is something to hide. Security-conscious organizations see it as a way to keep data off the public network. Political foes of Huawei might think it is trying to conceal its activities.

Private 5G networks might also lead to productivity benefits and bring a competitive advantage, allowing companies to run advanced applications that are not possible with either WiFi or telco-provided 4G.

Again, Huawei’s enemies will be horrified by any suggestion it is benefiting commercially at the telcos’ expense.

The Bundesnetzagentur this week said 74 frequency assignments have been made in the ten months since applications began.

It is unclear if Ericsson or Nokia have acquired spectrum Light Reading was awaiting responses from both at the time of publication but neither of Huawei’s main rivals is named on the Bundesnetzagentur’s list.

Given how much these assignments have angered the telcos, any telco supplier should be wary of obtaining local licenses.

Timotheus Httges, Deutsche Telekom’s CEO, wants regulators to mandate the use of open RAN, a technology that Huawei continues to resist.

Enrique Blanco, the chief technology officer of Telefnica, has said up to 50% of his RAN spending between 2022 and 2025 will be on open RAN.

Pilots are underway or planned in the major markets of Brazil, Germany, Spain and the UK and a “massive deployment” will start in one by the first quarter of 2022, he has indicated.

His boss, Telefnica CEO Jos Mara lvarez-Pallete Lpez, has come out even more strongly against Huawei.

Adopting the US definition of “clean” to describe networks that include no products from “untrusted” meaning Chinese suppliers, he recently promised that Telefnica Deutschland “will be in the near future without equipment from any untrusted vendors.”

In this environment, it is hard to envisage many German companies as enthusiastic partners of Huawei, co-developing new products at its Munich lab.

Germany’s telcos are under enormous pressure to cut their reliance on the Chinese vendor. For German industry to risk entanglement would be very strange indeed.