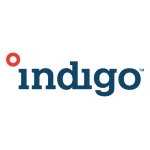 Posted at 13:05h in by fiberguide 0 Comments

BOSTON–(BUSINESS WIRE)–Indigo Agriculture, a company dedicated to harnessing nature to help farmers sustainably feed the planet, updates its U.S. corn and soybean production forecast for the final time this season. Over the past four months, Indigo has released its production forecasts ahead of the USDA’s World Agricultural Supply and Demand Estimates (WASDE), a comprehensive forecast of crop and livestock supply and demand, to democratize market information crucial to grower decision-making.

“At the conclusion of what has been one of the most unpredictable growing seasons in recent memory, Indigo is proud to offer a final look at the supply side of the market,” said Barclay Rogers, VP of Business Development for Indigo’s GeoInnovation team. “We’re pleased to offer this information to farmers to help them make the best grain-marketing decisions possible as we enter into the harvest season.”

Indigo Atlas combines remote sensing, ground equipment, historical, and weather data to track the dynamic variables that affect crop health. The technology is also capable of characterizing local soil conditions, drawing field boundaries, and discerning subtle differences in crop performance across regions. This month, Indigo has identified several major-producing states that remain behind the three-year production average, including Illinois, where the average bushel per acre yield for corn and soybeans are 12% and 18% behind the average, respectively.

“Atlas offers near real-time market information, allowing growers to adjust their harvest plans later than ever before,” said Rodney Connor, Sr. Director of Global Markets Intelligence and Analysis at Indigo. “We have seen many delayed acres catch up to historical maturity after a month of favorable weather — a surprising and impactful development. Resulting fluctuations in overall production matter a great deal when recommending the best market position to growers.”

The immediacy and accuracy of Atlas’ information supports growers, traders, investors, buyers, grain marketers, government agencies, and other industry players. Starting in January of 2020, Atlas will generate production forecasts – including yield and acreage estimates – for corn and soybeans in South America.

No representation or warranty of any kind (whether expressed or implied) is given by Indigo as to the accuracy, completeness, currency or fitness for any purpose of the above forecasts. As such, this document does not constitute the giving of investment advice, nor a part of any advice on investment decisions. Indigo accepts no liability of any kind and disclaims all responsibility for the consequences of any person acting or refraining from acting in reliance on this press release and any forecasts in whole or in part.
Contacts
Jason Brown, APR
PR Manager – Commercial
[email protected]