Is COVID-19 a catalyst for enterprise cloud growth? | Light Reading

For many enterprises, the temporary shuttering of office doors due to the pandemic means organizations are speeding their transition to the cloud and deploying technology that better supports a remote workforce.

In July, Gartner predicted that the worldwide public cloud services market would grow 6.3% in 2020 to reach $257.9 billion, up from $242.7 billion in 2019. In addition, Gartner predicted that desktop as a service (DaaS) would have the “most significant growth in 2020, increasing 95.4% to $1.2 billion.” DaaS is an inexpensive way for enterprises to provide secure access business applications from multiple devices and locations.

Navisite President and COO Gina Murphy has worked closely with customers in helping them automate manual tasks and has witnessed first-hand an accelerated interest in the use of cloud services and applications.

In part one of this Mentor Spotlight series, Women in Comms spoke with Murphy about her advice for completing a successful acquisition and how to lead diverse teams. In part two, Murphy shares how Navisite is working with customers to assist their move to the cloud and help automate their operations. In addition, she shares her advice for other women interested in pursuing a similar career path, and how to overcome the nagging inner voice of self-doubt called “imposter syndrome.” 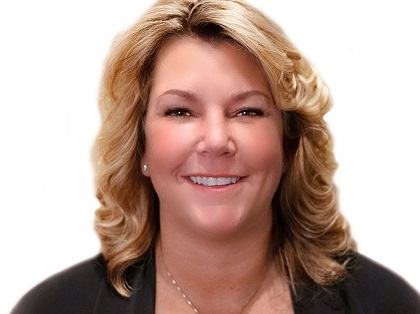 Gina Murphy is president and COO at Navisite.
(Image: Navisite)

Women in Comms: Has customer demand for cloud services or your other services changed at all during the pandemic?

Gina Murphy: Yes 100%. It’s been amazing to watch the evolution of sitting in a room with a customer that’s thinking about going to the cloud, to then having to support the entire team virtually. Now they have an urgent need to have something that’s scalable, something that’s secure, something that’s reliable and cost effective, that they just couldn’t get done in their own data centers.

Part two of that is that customers don’t want to have to send their employees into the data center and create a bubble for that it becomes a really lengthy process. They have made decisions like flipping a light switch in a lot of cases. It’s been awesome to be on the right side of that to help them.

I’ll give you one good example one of our bigger customers had to get about 200 people virtual desktops because they just were not capable of working from home. We flipped that around in 24 to 36 hours and helped them and made their IT department look like heroes. We had all hands on deck to help them through that and it was awesome to be able to help them.

That’s what motivates our team to be able to make a difference and to help people gain efficiencies. It’s definitely been a bright spot. In this time, we’re seeing a large increase in customers go from the information gathering stage of trying to get smarter about cloud is pulling the trigger.

WiC: That sounds like a big undertaking, but it seems like customers are moving a lot faster than I would have anticipated. In 2008, I think a lot of companies were holding their budget close to their chest, but now they are really moving quickly on some things.

Switching gears, how are you working with your customers to utilize automation and provide them with advanced analytics tools or additional business insights?

GM: We’re doing all those things, that’s very close to them going to cloud giving them the ability to focus on things like improving their efficiencies, whether it’s driving new revenue opportunities or helping them get smarter about marketing to their customers and prospects. It’s important to create more time and resources through automation so your employees can focus on strategic things if the back end is automated. Then they can develop new products and revenue sources. More importantly, it’s starting to give them a competitive advantage against their competitors, to be able to make faster decisions, and you don’t have the same people doing the same things.

We’re doing it as well, internally. We started about two years ago working with Carnegie Mellon, in their capstone project, where some of their MBA students come into our organization to do a project. They took a look at our ticket metrics to think about things a little bit differently and better, and how to automate it. It was amazing what they came back with, and how we can now take those hundreds of thousands of tickets, and put them in a really good workflow to get to the outcome a lot faster, whether it’s a false positive or positive. It streamlines our operations tenfold and we actually ended up hiring a couple of their data scientists. We’re offering them to our bigger customers as a next capstone project.

We have a case study on automation with Sinclaire Brands, they have retail industry partners, and we worked with them to incorporate some process automation capabilities to help their customers when they sell shoes. We helped them automate the process to upload images.

WiC: Are there ever have cases where customers are hesitant about applying more automation? Maybe they have an initial concern that they would be out of a job, but later realize it opens them up to the ability to focus on things that they’re really interested in?

GM: I think it’s the latter being in a managed services company where companies outsource to us we deal with this every day during the prospecting and customer engagement level. If you didn’t have to do all of this, for lack of better words, grunt work, we can do that and do some runtime management for you, and here’s all the cool things you can be doing.

WiC: To close out, do you have any specific advice for other women in the industry, either general professional advice or specific to your role for someone who is interested in pursuing a similar career path?

GM: The biggest one is that everybody should know that they’re not alone, and I know that sounds really vague, but it’s been awesome to see the small army of women that is growing stronger every day in technology and they’re all here to help.

When you when you walk into a room and you’re the only female it can be very intimidating, and you get that uneasy feeling. If you can take advantage of all the resources that are out there, whether regionally or even through LinkedIn globally, there are a lot of really good groups out there with someone to just run ideas by, and it also evolves into a mentorship.

I recommend having five or six different mentors people you go to and say, “Hey, this ever happened to you?” Knowing that you’re not alone in it and knowing that there’s a really good support system out there will help you.

WiC: Do you have any advice for women that are maybe struggling with that idea of imposter syndrome of feeling like maybe they aren’t equipped with the right skills to be there, when in fact, they are?

GM: It’s a recurring theme where, as a woman, people say things that they don’t really understand how it affects you. After a conference call ends, call the person back that might have said something and bring it to their attention. Nine times out of ten you’re going to get a reaction “I had no idea.”

You mentioned imposter syndrome and women in particular feel that. When you are feeling that way, focus on the competencies that got you there to begin with. Everyone has something they could learn more about or do better, but you’re an expert in the things that you’re being brought into a meeting or conversation for.