Reliance Jio Infocomm, India’s only pure-play 4G service provider, has asked for policy change to move India’s 2G subscribers to 4G, so they can benefit from high-speed broadband connectivity.

This will be easier said than done. Closure of existing 2G networks brings several challenges for the incumbent telcos. 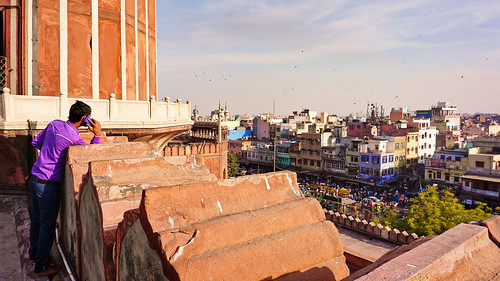 “As India is standing at the doorsteps of the 5G era, we should accelerate the migration of 350 million Indians, who currently use a 2G feature phone to an affordable smartphone,” said Mukesh Ambani, chairman of Reliance Industries, the parent company of Jio, at the recent AGM.

Ambani again reiterated this at an event to celebrate 25 years of the Indian telecom industry.

“I think necessary policy steps should be taken with utmost urgency to make 2G a part of history,” he said.

It is easy to see why Jio wants 2G subscribers to move to 4G. Apart from the fact the company offers only 4G services, it recently tied up with technology giant Google to develop an affordable smartphone.

If it happens, the move will impact the incumbent operators, Airtel, Vodafone Idea and BSNL-MTNL.

Airtel has around 130 million 2G subscribers, while Vodafone Idea has more than 60% of its subscriber base on 2G or 3G networks. Earlier this year, Airtel had shut down its 3G network in 11 circles (service areas).

“Airtel has no plans to shut down its 2G network, as substantial revenue is coming from 2G phone users … also older devices do not have VoLTE [Voice over LTE] integration,” said Airtel CEO Gopal Vittal in an earnings call in October 2019.

It also has the lowest average revenue per user (ARPU) of INR121 ($1.6) because of a higher number of rural subscribers. Idea was particularly strong in the tier-2 and rural areas, and it is for this reason the company has low ARPU and a greater percentage of 2G subscribers.

Vodafone may find it tough to expand its 4G network at the required speed. Any policy change to accelerate the upgradation of 2G subscribers to the 4G network is likely to impact the service provider the most.

The situation will be much worse for state-owned BSNL and MTNL, who offer only 2G and 3G services. They have only recently received 4G spectrum.

More importantly, a significant number of new subscribers are added to 2G networks every month even now. This is true despite the availability of low-cost 4G data services by Jio.

A key reason is while smartphone prices come down, they’re still too expensive for the vast majority. While Jio already offers JioPhone, a low-cost 4G phone, an affordable smartphone promises to play a crucial role in helping people move from 2G to 4G.

The question is, are Indian networks ready to support 300 million additional data customers?

A gradual movement of subscribers would give telcos time to expand and upgrade networks.

Besides, remote areas with challenging terrain are still only connected by 2G networks. There are several areas where BSNL’s 2G network is the only connectivity available.

More importantly, 2G networks will continue to be needed for Internet of Things (IoT) and machine-to-machine installations.

So closure of the 2G networks poses significant challenges for service providers, and maybe even end-users.

A phased approach to bring down the number of users on the network looks like the only way to completely do away with 2G.

Yet some service providers in different countries are going ahead with plans to shut down 2G networks.

South Korea’s SK Telecom, for example, recently announced plans to close 2G, even though it still has 380,000 subscribers.