Netherlands-based KPN said it remained “committed” to its 2020 outlook, even though the ongoing COVID-19 pandemic had a “slightly negative effect” on results in the first half of the year.

The Dutch operator said the health crisis had an estimated negative impact on its adjusted gross profit of 5 million-7 million (US$5.8 million-$8.2 million) in the first six months. 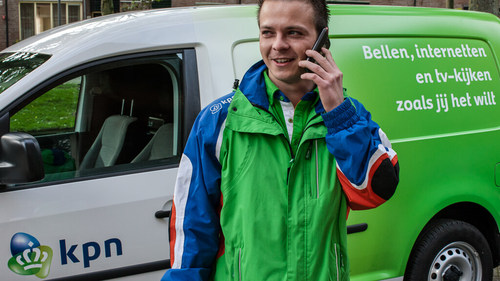 Talking it out: Despite the coronavirus pandemic, Dutch operator KPN is sticking to its guns.
(Source: KPN)

Although it conceded the ultimate impact of COVID-19 remains uncertain, the operator said it generated solid results in the first half of 2020.

KPN claimed this shows the business is resilient, and on track with the execution of its strategy.

The full effects of the pandemic were felt in the second quarter, when revenue dropped by 4.9%, or 3% excluding divestments, to 1.29 billion ($1.5 billion).

KPN said the increase in the net profit was primarily due to lower restructuring costs, an 11 million ($12.9 million) book gain on the sale of KPN Consulting and lower finance costs due to debt redemptions.

The operator added that its ongoing digitization efforts, “and strong and disciplined cost control,” resulted in net indirect opex savings of 33 million ($38.5 million) in the second quarter.

According to a research note from Jefferies, the Q2 figures show that KPN is “coping,” with the 3% dip in revenue in line with consensus, and flat EBITDA 1% above consensus.

“The [full-year] guidance is reiterated, if with the proviso that the virus impact remains uncertain and a specific reference to the risk of worsening customer payment behavior. KPN is to pay a 0.043 interim dividend in August,” the note added.

CEO Joost Farwerck pointed to the operator’s continuing investment in fiber network rollout, and stressed that KPN believes that digitization “can be a catalyst for the country’s economic recovery that simultaneously helps to address the ecological and social challenges of the post-COVID world.”