Liberty Global’s name suggests a free or freedom-loving internationalist, but it seems increasingly ironic. The corporate progeny of US billionaire John Malone the “cable cowboy” chairman whose US landholdings seem bigger than Liberty Global’s footprint today’s company is restricted to a handful of European markets where its debt shackles make the region’s coronavirus-hobbled governments look thrifty and unburdened. Its net debt of about $28 billion is almost twice Liberty’s stock market value and five times what it makes each year in basic earnings.

Investors have been able to overlook all this in the low-interest-rate era of fiscal irresponsibility. Last March, Liberty traded at just $15.80 per share after the world’s first brush with COVID-19 left markets winded. On February 12, it closed at $25.08. A turnaround in the UK where Virgin Media added 41,700 subscribers in the last three months of 2020, after losing 9,400 in the same period of 2019 has cheered up analysts. Regulatory approval of a merger with O2, a mobile operator owned by Spain’s Telefnica, would make Virgin look even stronger in a market that generates 55% of Liberty’s total revenues. 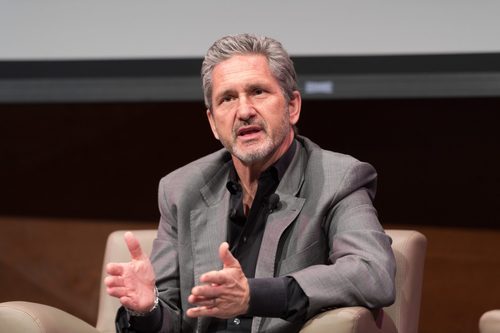 Years after telecom operators first recognized the importance of owning both fixed and mobile networks, Liberty CEO Mike Fries has cottoned on. Besides hoping to oxygenate the Virgin business through an O2 merger, he has bought Sunrise, a Swiss mobile operator that gained customers in the fourth quarter, although not as many as Liberty’s UPC business managed to lose. Merger activity will unlock $11 billion in synergies, wrote Fries in the first paragraph of this week’s earnings update, striking fear into the hearts of employees.

His remarks came just weeks after Sunrise warned that job losses would follow the merger, throwing in the curious qualifier that “significantly less than 30%” of employees would be affected. Combined, the companies had 3,263 employees in late 2020, implying up to 1,000 jobs are at risk.

Further “synergies” and UK turnaround notwithstanding, Liberty is a hard creature to love. Adjusted for foreign exchange movements and mergers, its revenues fell 1.5% last year, coming in at about $11.98 billion. Outside the UK, it is adding customers only in Poland and Slovakia. Adjusted earnings fell 3.9%, to about $4.9 billion, and there was the matter of a $1.47 billion operating loss, too.

That was forgivable because Liberty is still a very cash-generative business. Free cash flow was up 39%, to nearly $1.1 billion, in 2020. Share buybacks are expected to boost it this year and have already provided some thermal uplift for Liberty’s bobbing share price. Fries anticipates a 25% increase in adjusted free cash flow this year, to about $1.35 billion.

And yet much of the earnings guidance for this year is grim. Those “synergies” will come at a “substantial” short-term cost, one that weighs on adjusted earnings as well as the “operating” cash flow. Jefferies, a bank with a hold rating on the stock, sounds bemused in a research note at the absence of any “specific outlook.”

Plenty might go wrong as well. The worst-case scenario would be a UK decision to block the merger between Virgin and O2. The Competition and Markets Authority (CMA), which is reviewing the deal, has already published an “issues statement” outlining some of its concerns about the merger’s impact on pricing. Analysts remain bullish on the prospects, pointing out a merger would not result in the disappearance of a mobile operator, unlike an earlier aborted attempt to combine O2 and Three UK. But the CMA’s assessment means unwelcome remedies are certainly possible.

Should the deal go ahead, the main risk is that integration proves its undoing. The companies will have to fuse different technologies, back-office systems, retail activities and brands without falling behind infrastructure rivals on the deployment of new 5G and fixed-line technologies. Project Lightning, Virgin’s cable expansion plan, has already missed its target of bringing cable services to another 4 million properties by 2020. It hit 2.5 million in the recent quarter and will finish this year at 3 million only if it maintains last year’s rate of progress.

The danger is that Virgin loses out to BT-owned Openreach, which is fast approaching its own target of connecting 4.5 million properties to full-fiber networks by March. Virgin gobbles up a huge amount of capital expenditure, too. About 45% of Liberty’s overall capex of $1.35 billion went into the UK market last year, when Virgin’s cable footprint grew by 426,000 properties.

Asset sales in Germany and other countries have certainly turned Liberty into a more focused operation. But its pivot to the UK as a land of opportunity will look counterintuitive to many Brits. When Liberty paid $23.3 billion for Virgin in 2013, it was already one of the most ultra-competitive telecom markets in one of the most developed parts of the world. Eight years on, Liberty must also contend with the double whammy of coronavirus and Brexit. It could be a hard place in which to thrive.