Lumen Technologies’ customers now have access to security services through an online, self-service portal at a time when DDoS attacks are on the rise.

Chris Smith, vice president of Lumen’s Connected Security product portfolio and professional services, says the service provider has seen a 1,200% increase in distributed denial of service (DDoS) attacks since around the May timeframe.

In DDoS attacks, hackers use applications to interrupt legitimate site traffic by flooding it with “nuisance traffic,” and recently have also employed the use of DDoS extortion, Smith says. This extortion tactic occurs when cybercriminals send a lighter DDoS attack to an organization followed with a threat that it will get worse if certain demands aren’t met, he explains.

“Think about the business impact to a company like Amazon during the holidays,” says Smith. “If we were trying to buy something and we couldn’t because the site was just spinning, think about how frustrated we would be and how much money they would be losing minute over minute. That’s what a DDoS attack is meant to do.” 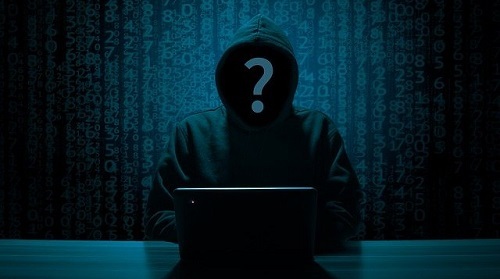 Beware the faceless hoody-wearing hacker with a penchant for binary code wallpaper.
(Image by B_A from Pixabay)

New and existing Lumen customers can now utilize the online self-service portal, which automates the turn-up of DDoS protection services, such as Lumen DDoS Hyper. Instead of going through the effort of building their own security team, customers can select professional security services online and “lease” security professionals from Lumen to create their own security practices. Smith says customers have access to flexible subscription services to bundle hours into a DDoS protection service.

“In many cases we come in and operate their [security] environments for them because security people are really hard to find, hard to hire, and are really expensive,” explains Smith. “So, if you can lease them from us, especially people that are hard to hire and have experience in a broad breadth of security solutions, it’s in many cases more effective for our customers.”

It’s not just the potential loss of business-critical data that keeps executives up at night the idea of cybercriminal’s prying eyes sifting through sensitive financial and personal identifying data is enough to give anyone cold sweats.

Mike Benjamin, senior director of threat research for Lumen, recently joined the Light Reading Podcast to discuss the state of cybersecurity, threats such as ransomware and attacks on IoT devices.

“The last few months we’ve seen a massive uptick in DDoS attacks and ransom notes being distributed around DDoS attacks,” said Benjamin. “We provide DDoS mitigation to our customers and we’re also out trying to find the actors behind it, the infrastructures they’re using to launch those attacks and remove their ability to act in the first place.”

He also shared how Lumen’s security research team at Black Lotus Labs is working to stay one step ahead of cybercriminals by “finding the bad stuff on the Internet and cleaning it up.” Check out the podcast below to hear more about Lumen’s approach to cybersecurity, and how Black Lotus Labs is working to thwart DDoS, botnet, malware attacks and more.